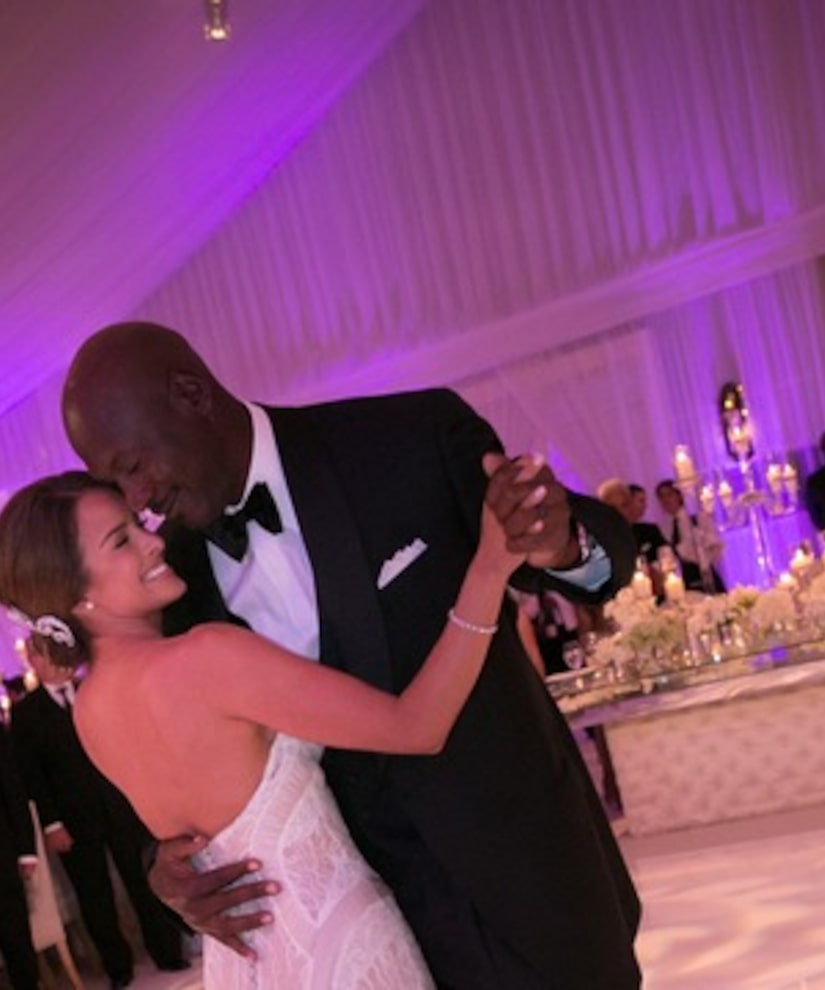 “Extra” learned the bride wore a French silk voile corseted sheer sheath gown by J'Aton Couture, in an ecru palette with accents of flesh tones and handmade silk lace created especially for her. The dress was also enhanced with Swarovski crystals and had a cathedral train finished in the lace, with accents of a peacock feather design.

The ceremony was followed by a reception at the Bear's Club in Jupiter, where singers K'Jon, Robin Thicke and Usher entertained the guests, including Tiger Woods, who was snapped walking into the chapel.

As for Prieto's previous boyfriends, she once dated Julio Iglesias Jr., the older brother of Enrique Iglesias.

Although she is 15 years younger than her 50-year-old husband, Prieto is now stepmother to Jordan's three adult children with first wife Juanita Vanoy.