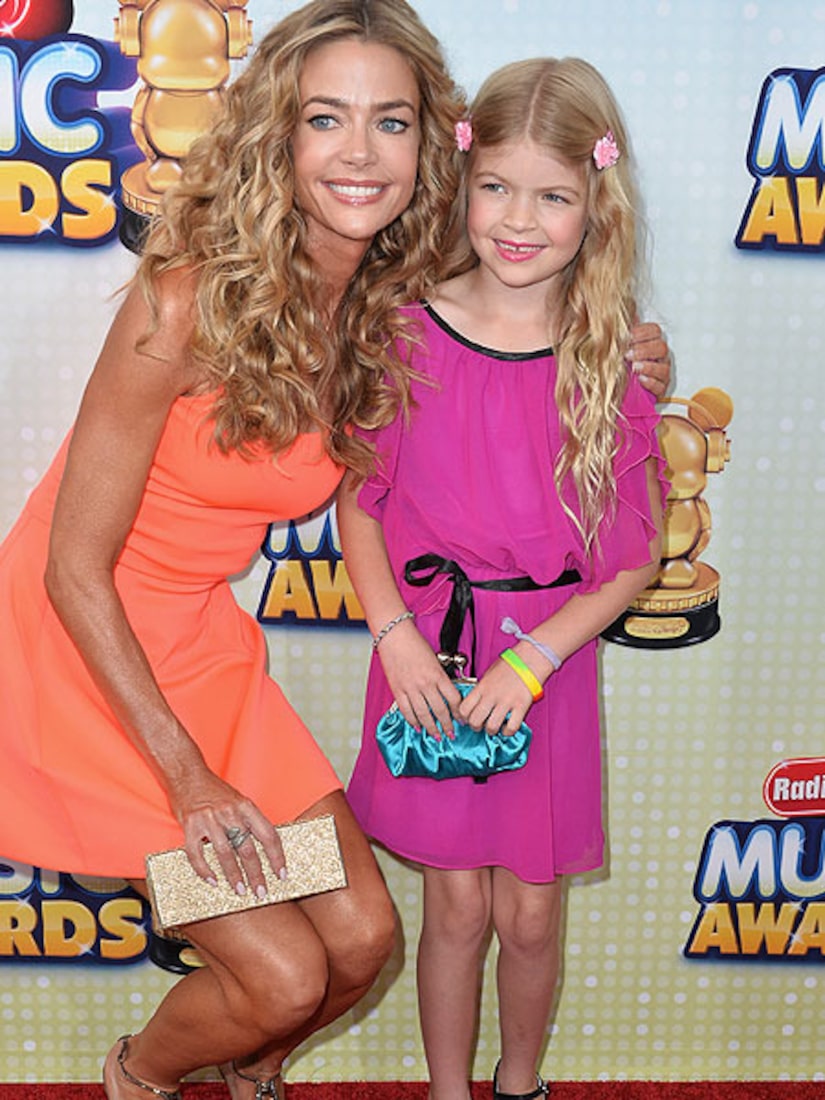 “Extra” caught up with actress Denise Richards at the Radio Disney Music Awards on Saturday, where she set the record straight on rumors she looks unhealthy and too skinny.

Richards explained, “I don’t know why lately I’ve been getting so much flack for it… I have a very healthy lifestyle and I’m busy. I have a daughter who’s almost 2 that I carry all the time. She’s just under 30 pounds.”

Denise doesn’t pay much attention to the stories, but said, “What bothers me is I have three daughters, and I’m such an advocate for health and fitness… in moderation. We eat ice cream all the time. I had grilled cheese before we got here.”

Richards, who made an guest appearance on the Disney Channel show “Kickin’ It,” was on the red carpet with daughter Lola, 7, and her best friends who were excited to meet Disney Channel star and “Dancing with the Stars” contestant Zendaya.