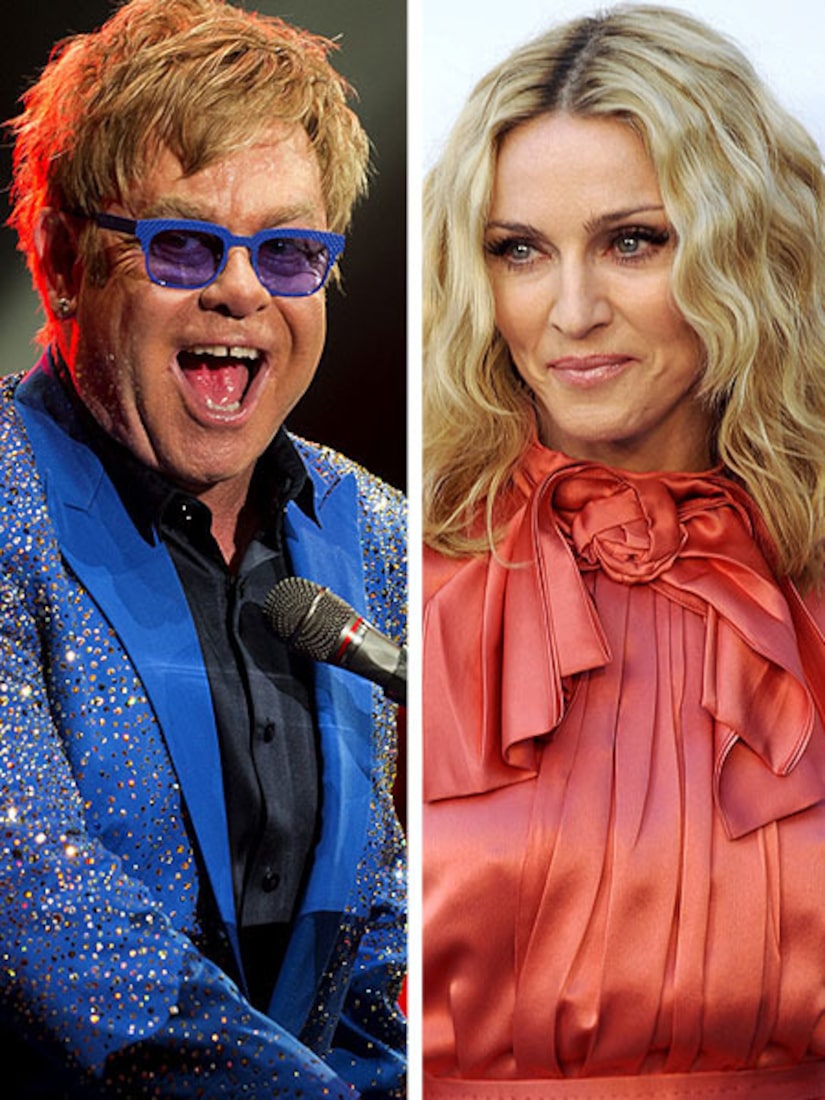 Sir Elton John and David Furnish sat down for an exclusive interview with “Extra’s” Terri Seymour, in which they revealed that there is no longer a feud with Madonna.

John explained, “We were in a restaurant in France in the summertime. She came in, and I sent over a note. She was very gracious. I apologized profusely because what I said should never have appeared in public. She accepted our apology, and then we bought her dinner. That's over and done with.”

John said Madonna was glad to move on. “She was fantastic. She was just like, ‘Okay, let’s get a move on.’”

Furnish added, “We don’t believe in putting negativity out in the world, both of us were embarrassed when all that stuff came out.”