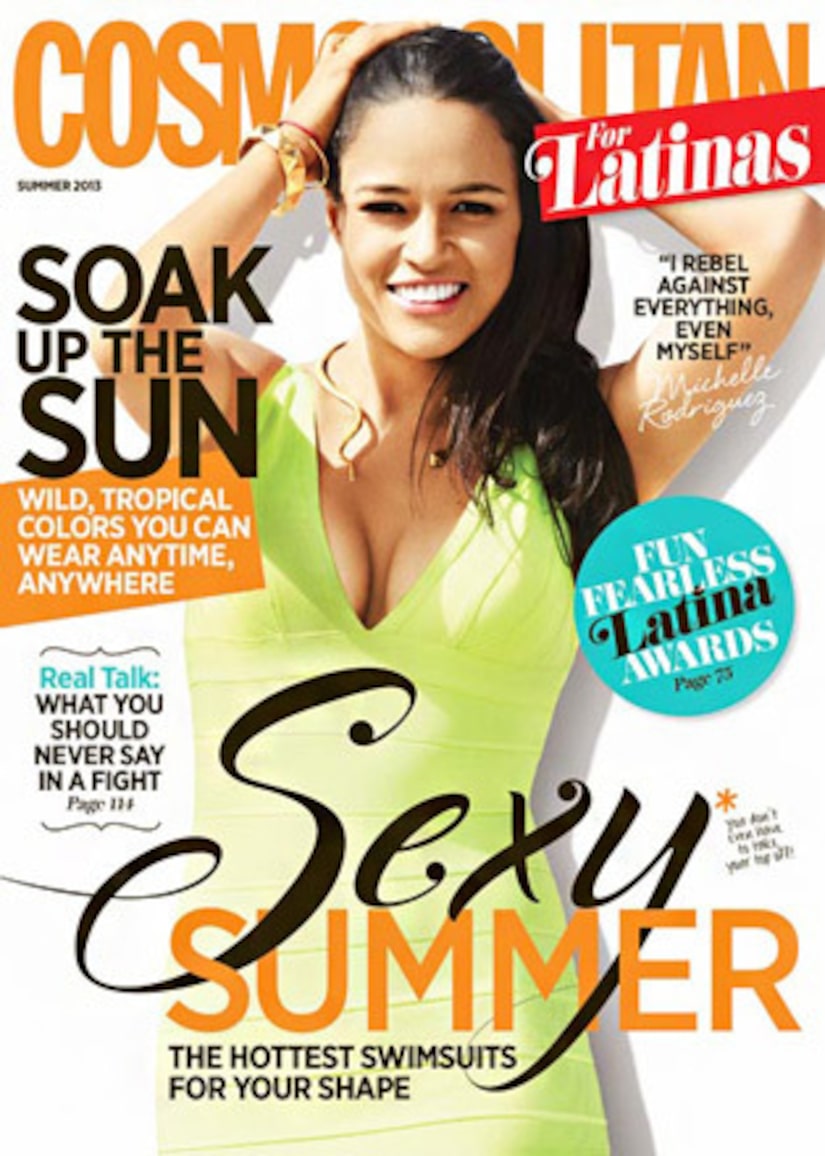 Actress Michelle Rodriguez is hotter than ever on the cover of Cosmopolitan for Latinas Summer issue, in which she gives a candid interview about everything from sex to manly men to quitting acting!

Talking sex and relationships, Michelle revealed, "I don't have sex for pleasure. I do it because I like making love, and I like connecting with someone. I'm not that girl you can go and f**k."

The “Fast and Furious 6” star added that she’s only attracted to “manly men,” explaining, “I can't do metrosexuals who get their nails done more than me." 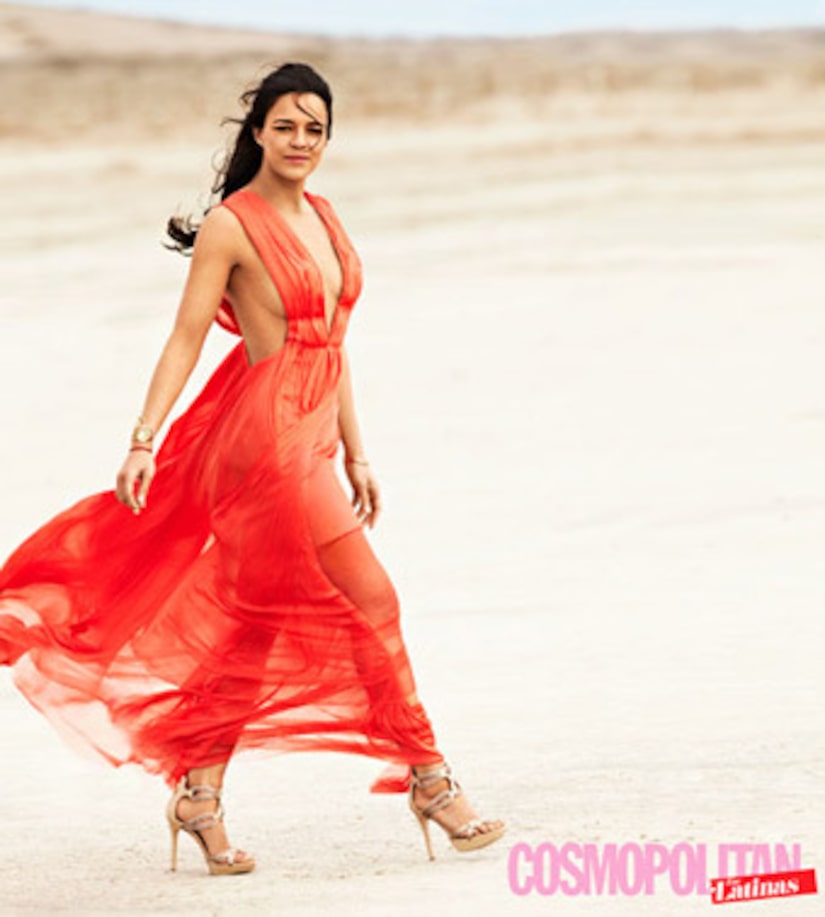 After this, fans won’t see much of the star, who rose to fame with roles in “Lost” and “Avatar.” She told Cosmo, "The truth is, I'm about to say goodbye to acting for a minute and move behind the camera.”

She continued, “I got into this business to write. I've waited 13 years to actually do it. You know how painful that is? It's very painful. But, like, now I'm ready, so that means I have to do the cutoff. I'll go into the mountains, and bye-bye everybody."