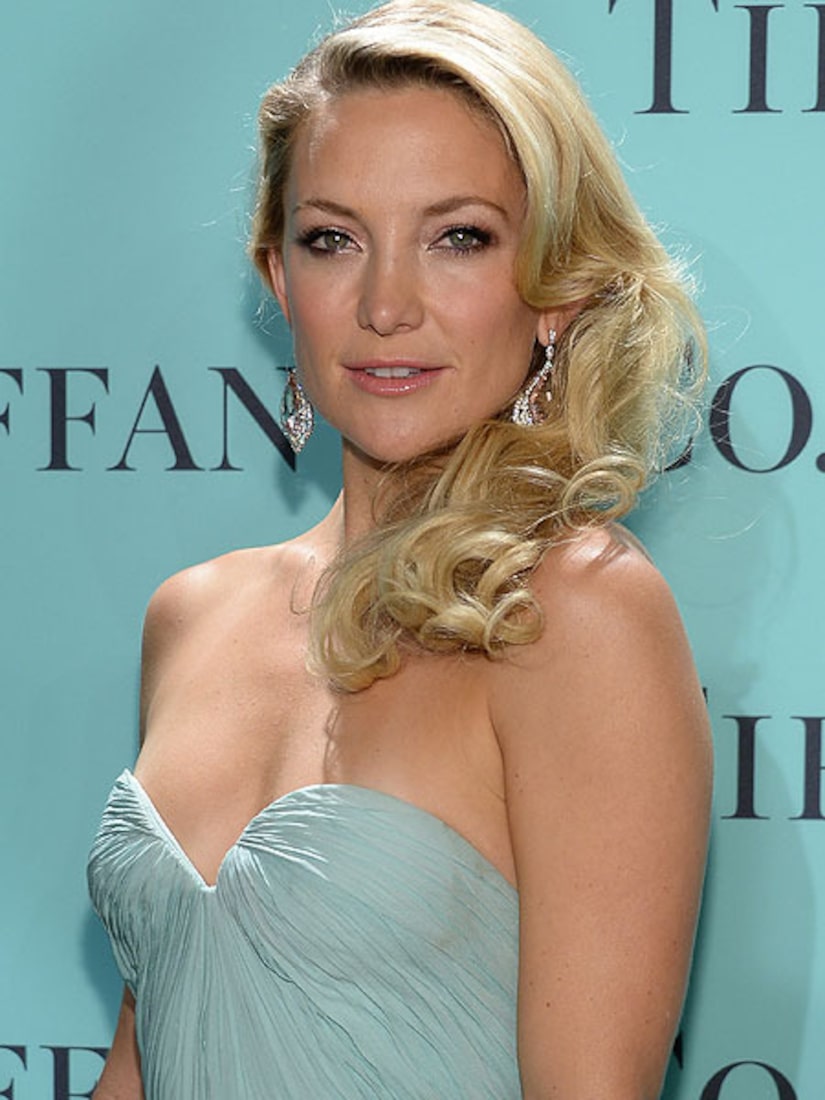 “Extra’s” Jerry Penacoli caught up with Kate Hudson to talk about her new role in “The Reluctant Fundamentalist,” and she opened up about her 1-year-old son with fiancé Matthew Bellamy.

Hudson gushed that Bingham is beautiful. “He is a gem. He is talking up a storm. I’ll ask, ‘What do you want for breakfast, honey?' He says, ‘Bolognese.’” The mom added he also loves bikes and dribbles around a soccer ball.

The actress is also planning on tying the knot with Bellamy at some point. “Eventually, yes. I look forward to it... we’ll both figure it out. We’ve been both very busy, but it will happen.”

As for “The Reluctant Fundamentalist,” Hudson plays an American who falls in love with a Princeton graduate from Pakistan, who has extremist ties.

Kate revealed how the release of her film feels very timely, especially in view of the Boston bombings. “As a mom and a daughter, you look at these families suffering, it’s unimaginable.”