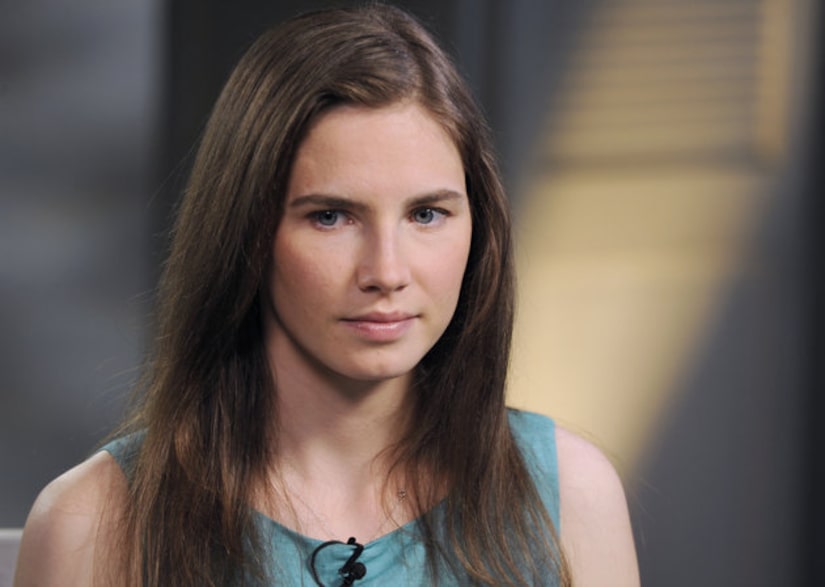 Former American exchange student Amanda Knox says she's still “paralyzed” by anxiety over her legal ordeal stemming from the stabbing death of her roommate, Meredith Kercher, in Italy in 2007.

Knox was recently interviewed by People magazine, who released excerpts to AP. Amanda told the mag, "When Meredith was murdered and I was arrested, it was so shocking. It was paralyzing. Everything toppled.”

She added, "Things creep up on me and all of a sudden I'm overwhelmed by the feeling of helplessness and that desperation and fear to even hope. Just that can make my heart race and makes me paralyzed until I can breathe it away."

Amanda was convicted, then acquitted, and after spending four years in an Italian prison, returned home to Seattle in 2011.

In her new memoir, "Waiting to Be Heard," to be released on April 30, Knox details her four years in an Italian prison. Amanda discussed her prison time, in which she contemplated suicide, with ABC News anchor Diane Sawyer.

The book doesn't share the details of Knox's life since leaving her prison cell, nor does it say anything about the latest development -- in which Italy's highest criminal court overturned her 2011 acquittal and ordered a new trial.