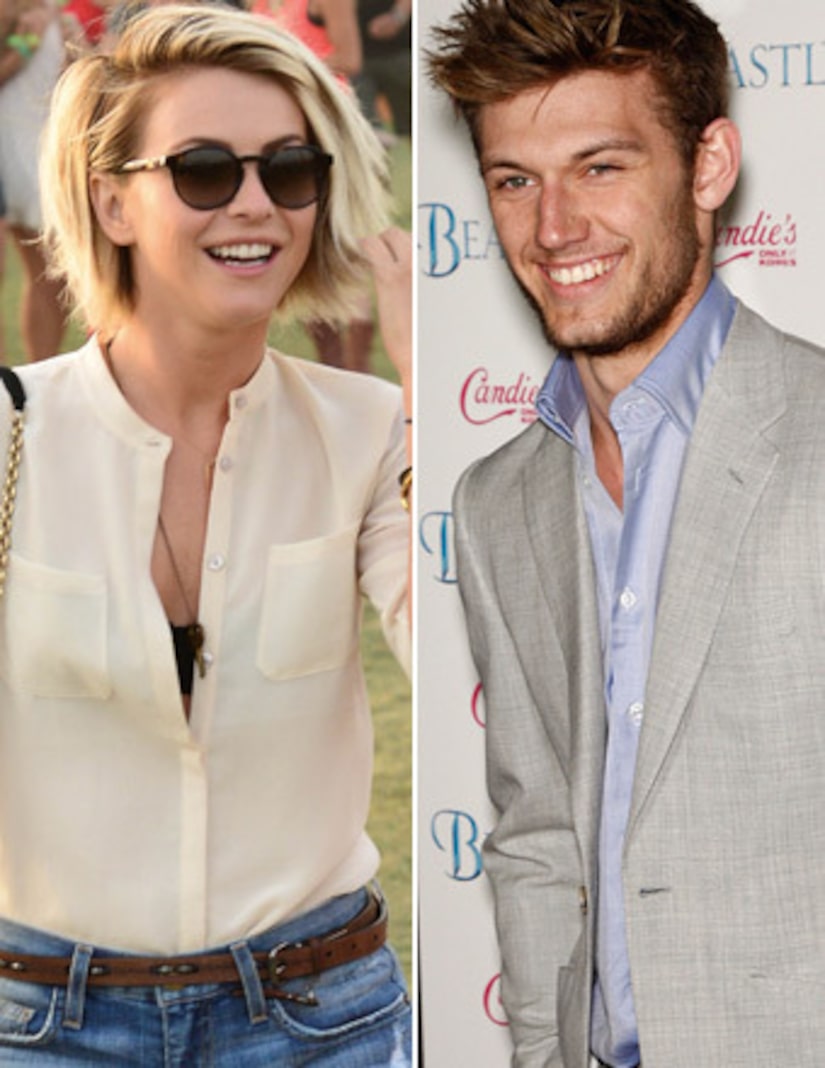 Reports began circulating over the weekend that Julianne Hough, who split with Ryan Seacrest last month, was spotted with a mystery man.

His identity couldn't be kept secret for long. According to Life & Style, the hottie who accompanied her to Coachella is “Magic Mike” star Alex Pettyfer!

“Julianne and Alex were flirting a lot,” a partygoer at the Armani Exchange Neon Carnival told the mag.

The source added that she was “dancing like crazy” and “rubbing up against” the 23-year-old English model/actor.

Another insider said that when Hough was asked the day before about her relationship with Ryan, Julianne responded, “That deal is done.”