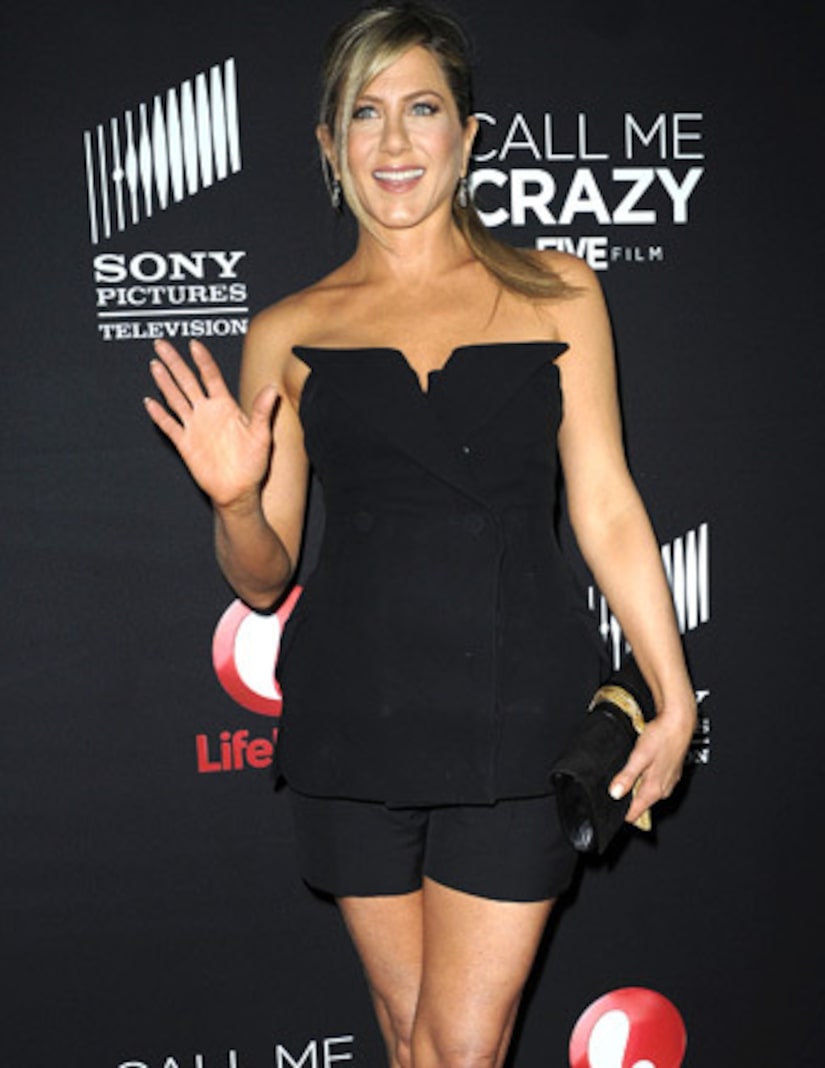 “Extra’s” Terri Seymour caught up with Jennifer Aniston at the Hollywood premiere of Lifetime’s “Call Me Crazy: Five Film,” and got the scoop on the star’s upcoming wedding to Justin Theroux.

“I don't have a dress,” she told Terri. “That's something that will probably come together at the last minute. I like to be very spontaneous.”

Aniston also opened up about wearing the executive producer cap on “Call Me Crazy” and the timeliness of the TV movie, which focuses on mental illness.

The team came up with the plot nine months ago and never expected it to be so “zeitgeisty right now” and in the “headlines every other week.”

She added, “Mental illness is nothing to be ashamed of, and I think the shame that is around it for so many people keeps them hiding in a closet about it and it's just a torturous existence.”