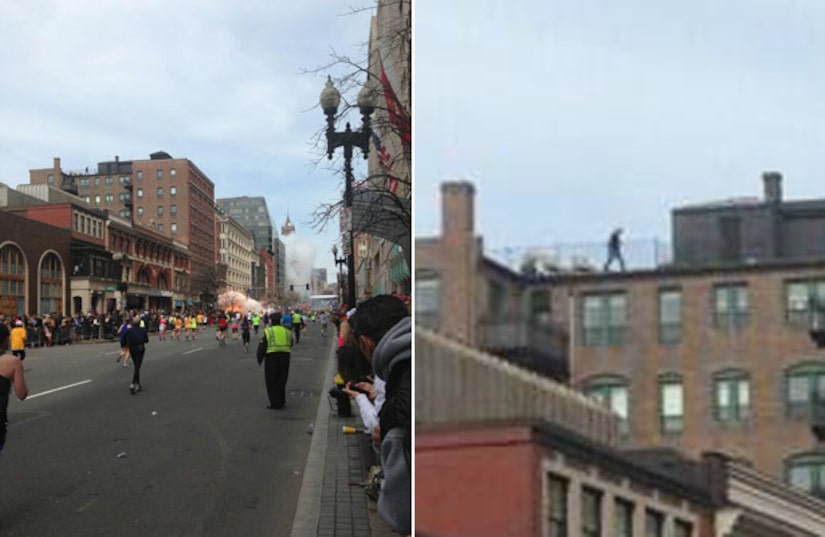 The eerie image, posted by spectator Dan Lampariello, prompted plenty of speculation on Twitter with tweeters calling it “creepy” and guessing “that's probably the guy.”

Another user, Josh Reeves, poked holes in the theory, writing, “He's a guy watching the marathon... Do you not see the two chairs or do you need a close up?”

Personal pics and video could be key in finding the perpetrator. Law enforcement is asking the public to send in any media shot at or near the marathon around the time of the attack.

According to the Christian Science Monitor, the FBI raided a high-rise apartment Monday night in connection with the bombings. The police have also issued an alert for a rental van.

So far, no person for group has taken credit for the two bombs detonated at the Boston Marathon finish line, which killed three and injured 170.