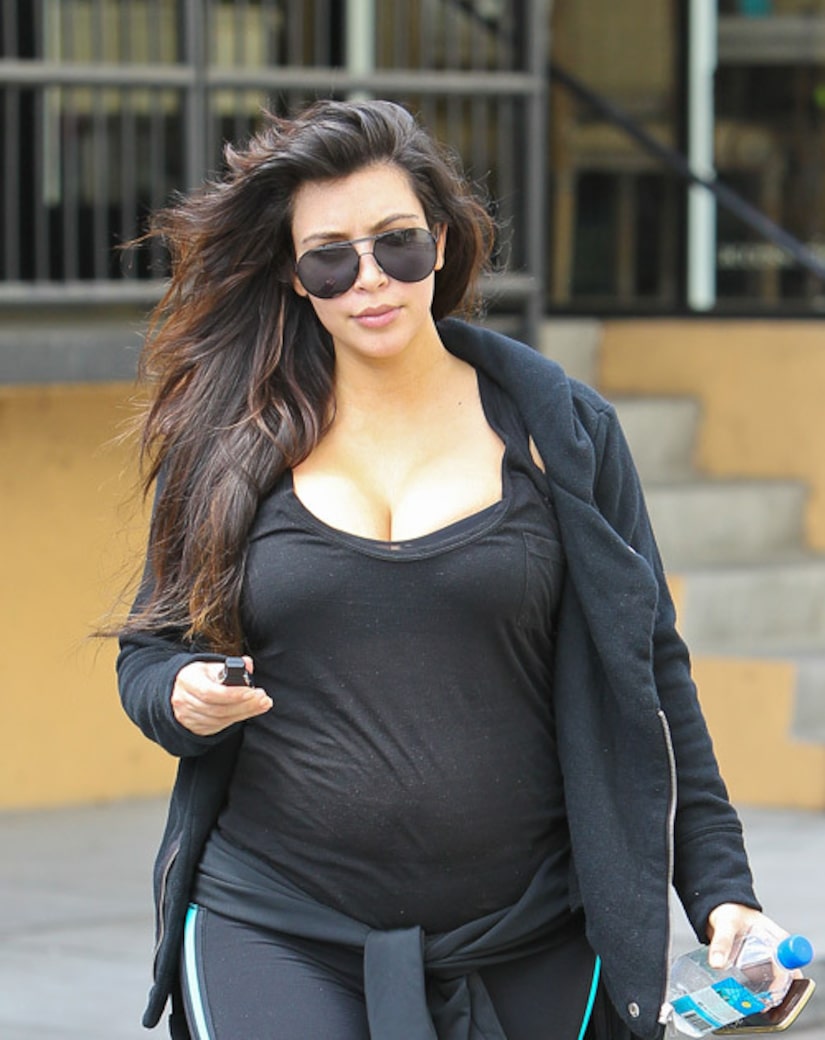 Kim Kardashian appears to be doing some serious damage control leading up to her divorce trial with Kris Humphries on May 6… and so far, so good.

The pregnant star, who is expected to testify that certain scenes from her reality show were staged, asked a judge to ban cameras from the courtroom. According to Naughty But Nice Rob, the request was granted on Tuesday.

Kim will have the chance to further spin things in her favor with an upcoming tell-all interview with Ryan Seacrest. The special, “Ryan Seacrest with the Kardashians,” is set to air April 21, just two weeks before the trial. A source told RadarOnline.com, “Kris is very suspicious of the timing.”

The insider said, “In Kris' opinion, it's definitely being done as damage control before testimony in the divorce trial, which is expected to reveal that aspects of Kim's reality shows are staged.”

The source continued, “Kim will be forced to testify under oath that scenes of the reality show, including a conversation she had with mom about the breakdown of her marriage to Kris, took place after she had filed for divorce. Humphries believes that the interview with Ryan Seacrest is Kim trying to control and offset the negative publicity she will likely receive.”