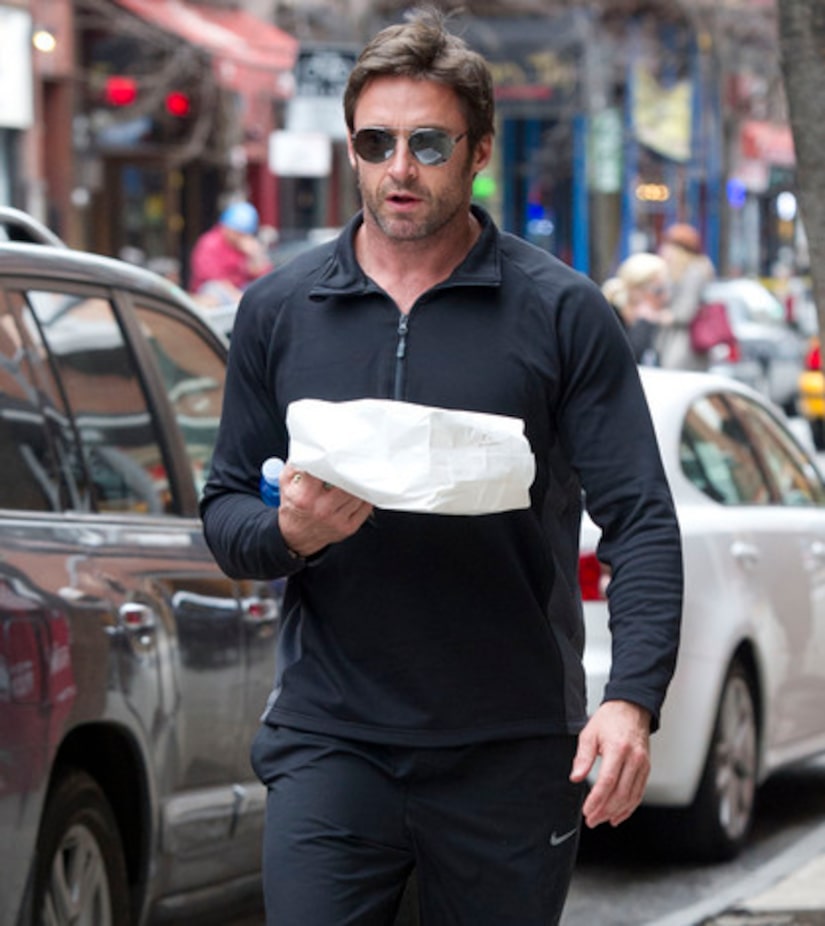 Hugh Jackman was left rattled after a chilling run-in with an alleged stalker on Saturday at his gym in NYC. Police arrested the woman after she supposedly professed her love to the married “Wolverine” star and threatened him with an electric razor… full of her own pubic hair.

According to FOX News, Katherine Thurston approached Jackman outside Gotham Gym just before 8 AM and asked, “We're getting married, right?” Thurston then followed him inside, telling him, “I love you!” before pulling the electric razor out of her bag. Hugh reportedly believed she was grabbing a gun or knife.

“It was obviously frightening,” he told the New York Post. “For me, my main concern is for my family. I just hope the woman gets the help she needs."

The Post reports that Hugh already had a restraining order against Thurston after she was caught stalking him at a San Francisco concert last year. The paper said she also approached his wife, Deborra-Lee Furness, and daughter Ava, 7, on March 6 to announce, “I am going to marry your husband.”