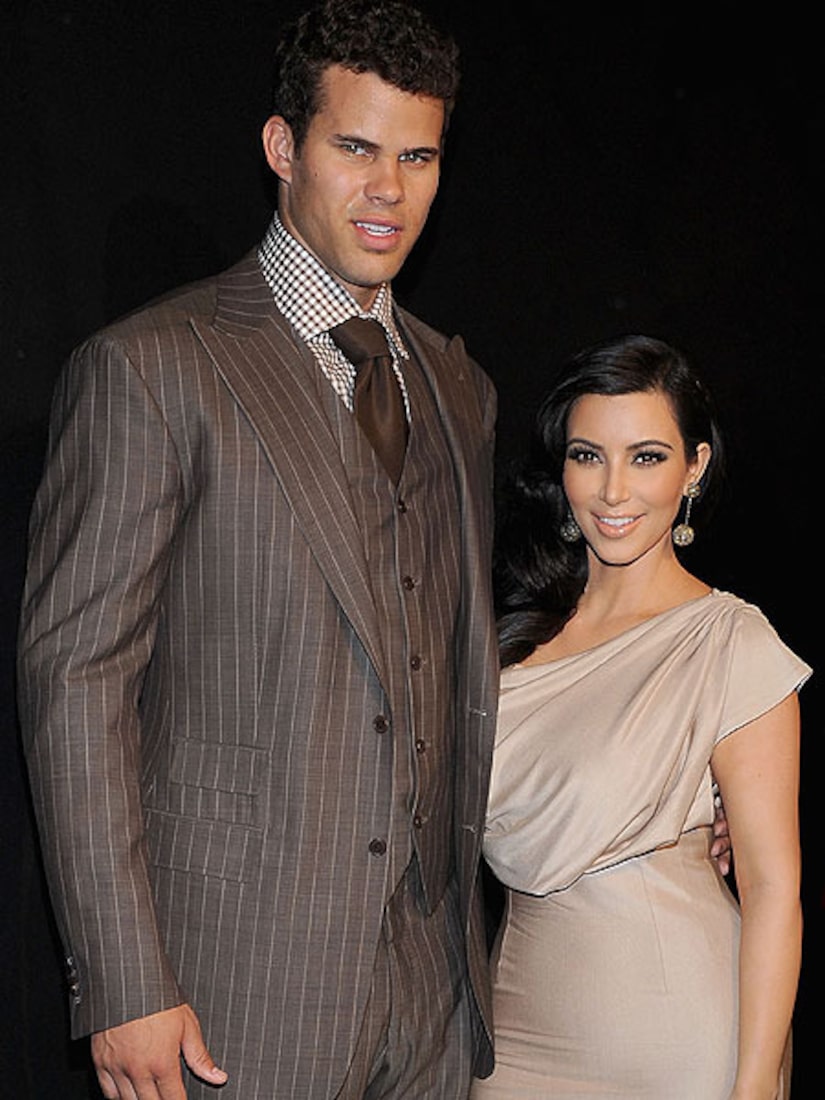 NBA player Kris Humphries has missed a mandatory Friday morning court date in L.A., in which he and estranged wife Kim Kardashian were to appear in front of a judge for a divorce settlement conference.

Sources told TMZ that Humphries was still in NYC at 1:00 AM, looking “extremely upset.” The earliest flight out of JFK is 6:00 AM, which would put the Brooklyn Nets player in L.A. after the appointed court time.

Kim, however, showed up on time. According to AP, she sat in the jury box as her case was called, her hands crossed on her lap. She joked to deputies, "I always wanted to be a juror." A judge closed the proceedings.

The reality TV star, expecting her first child with BF Kanye West, is seeking a divorce from Humphries, who has maintained that the pair's 72-day marriage should be annulled based on fraud.

This settlement conference was scheduled in hope of avoiding a trial, which has been set for May 6.

UPDATE: Kim left the courthouse around noon without reaching an agreement in the divorce case. Humphries' attorneys would only confirm to AP that the trial date is still on.