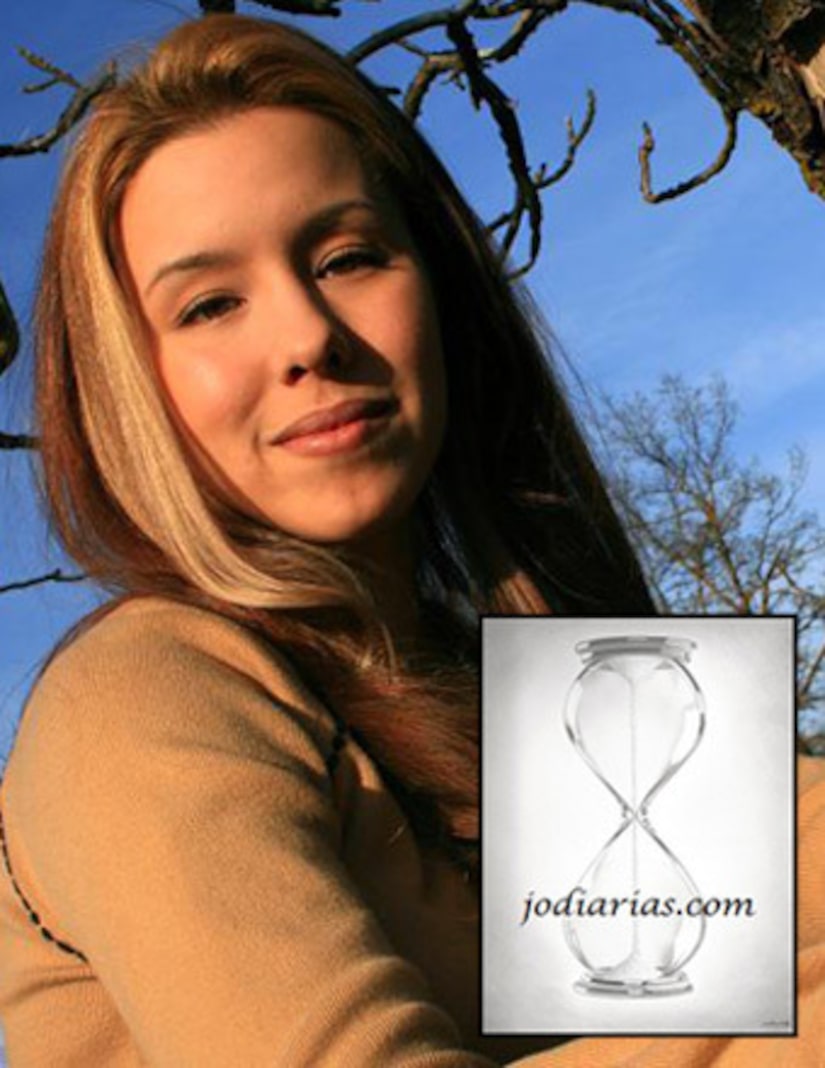 Accused murderer Jodi Arias, who was in court again on Friday (watch the live streaming video below), is staying busy behind bars, creating art and selling it online.

Arias is facing the death penalty for killing ex Travis Alexander in 2008, and she seems to be reflecting on her past and future with her latest piece… a drawing of an hourglass.

“Some people say they have no regrets; I cannot count myself among them,” she stated on her personal website. “When I step back and look at 'Hourless,' the concept of time running forward and backward is evoked.”

Jodi added, “Rather than focus on all that I could and would do differently if I could hop a train to the past, I remember the lessons and carry what I've learned into the future.”

According to RadarOnline.com, the 9x12” graphite drawing costs a whopping $2,000. To avoid scams, Arias is offering her thumbprint as a certificate of authenticity, which will be “issued upon request as soon as they become available.”

Arias, who is also active on Twitter via a friend, reportedly made more than $1,000 selling her art on eBay, before her account was shut down.