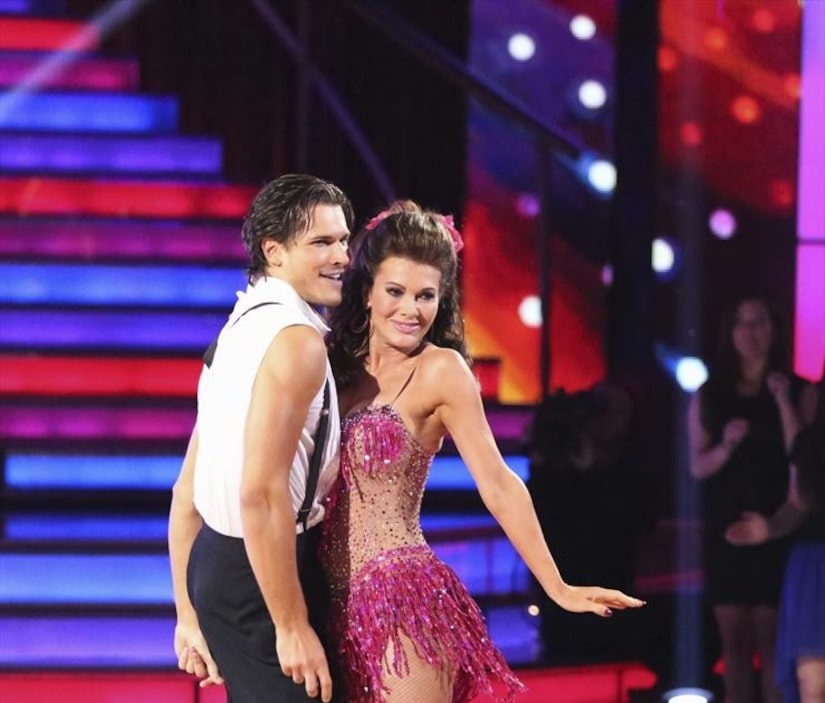 “Real Housewives” star Lisa Vanderpump is hoping to dance with partner Gleb Savchenko in the elimination round of “Dancing with the Stars” on Tuesday, a source connected with the show told “Extra.”

Despite rumors that Vanderpump is faking her illness, “Extra” was told that the reality TV star is sick and under the care of several physicians.

Lisa fainted from exhaustion during rehearsals for “DWTS” last week, after she had been traveling and rehearsing all week with Savchenko.

Vanderpump explained on her blog, “I was in shock when I woke up. I fainted only once before in my life. The doctor found that I had a viral infection with fever and swollen glands… I ended up with low blood pressure and a rapid heart rate, which is why I fainted.”

At the last minute, she decided to perform on Monday night. Tune in to “DWTS” tonight to see if Lisa will dance!