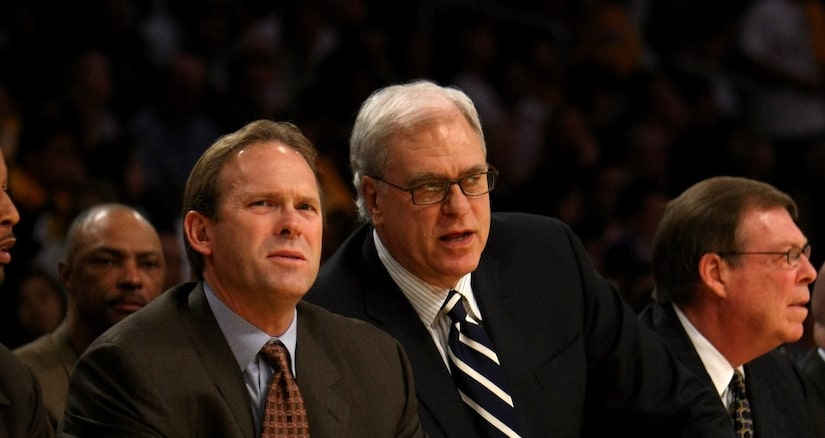 Former NBA Head Coaches Phil Jackson and Kurt Rambis are teaming up with AOL to live blog and live tweet the 2013 NCAA championships.

This will be the first time an audience will be privy to a conversation between two former NBA head coaches as they share game insights, analysis, and commentary in real time.

If you missed their tweet action during the Final Four on Saturday, don't worry you can still catch the duo's superior coaching insights, play-by-play observations, and hilarious commentary consisting of conversations such as the below:

“@PhilJackson11: For trivia fans the Wichita Shockers had a team in 64' that was dynamite. Kelly Pete, Nate Bowman, and Dave Stallworth-last two were Knicks”
“@KRambis: @PhilJackson11 My memory is a little fuzzy...I was 6 years old.”
“@PhilJackson11: @KRambis That's no excuse. you were out of diapers, I hope”

Tune in to LiveEvents.AOL.com tonight at 9:30 PM EST/6:30 PM PST for the NCAA championship to get the coaches' perspective! Follow Phil Jackson on Twitter @PhilJackson11 and Kurt Rambis @KRambis.