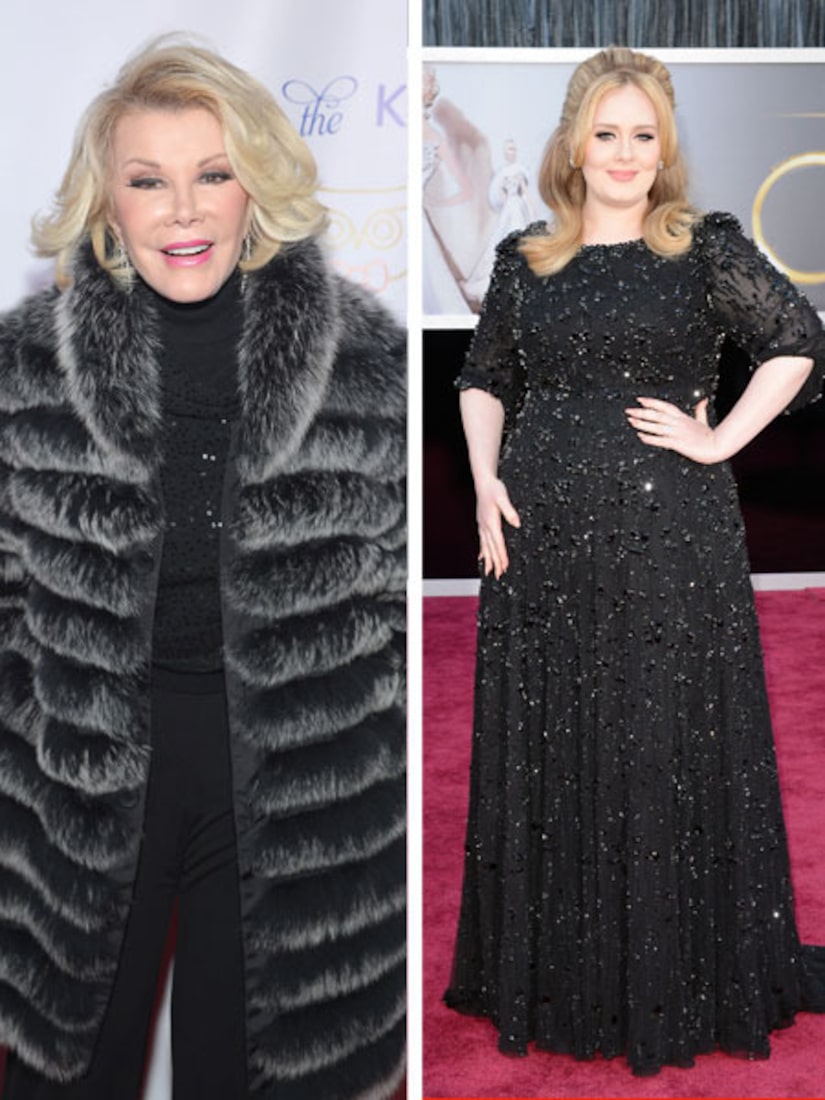 The comedian also sent a message to the singer via HuffPost Live, saying, "She should just calm down -- or lose weight!"

In attempt to ease the blast, Rivers ended her rant with, "Adele is beautiful and successful and has what, $100 million? Let's face reality: she's fat!''

In February, Joan appeared on the "The Late Show with David Letterman," where she mocked the "Skyfall" singer for the first time. “What is her song? Rolling in the deep? She should add fried chicken!”