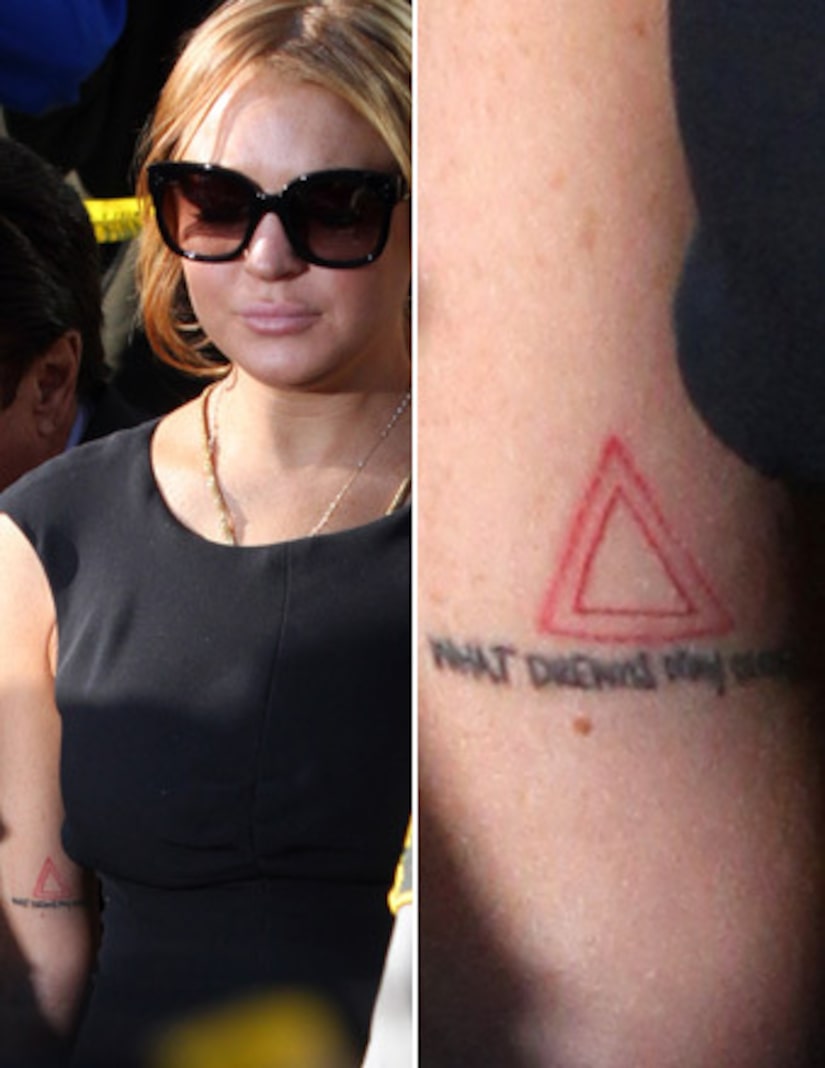 What is the meaning of Lindsay Lohan's triangle tattoo? Think danger, hazards and spiritual energy!

Apparently LiLo, who is currently in Brazil for a celebrity endorsement deal (see pic below), got inked last year along with friend and former Page Six columnist Liam McMullan.

The tats include two triangles (one inside the other) and the quote “What Dreams May Come” from Shakespeare's “Hamlet.” The matching body art is a symbol of the pair's “deep spiritual bond.”

A source told the New York Post, “Liam and Lindsay got matching tattoos in a private, secret, spiritual ceremony. The triangles represent danger and hazards, and the two spiritual energies inside each other. It represents their souls and hearts, and the dangers out there, and that they must follow their dreams.”

Lohan and McMullan were once rumored to be dating. Lindsay is now linked to Avi Snow.

Lindsay is already making headlines in Brazil after someone photographed her sitting under a table, reportedly at a nightclub. 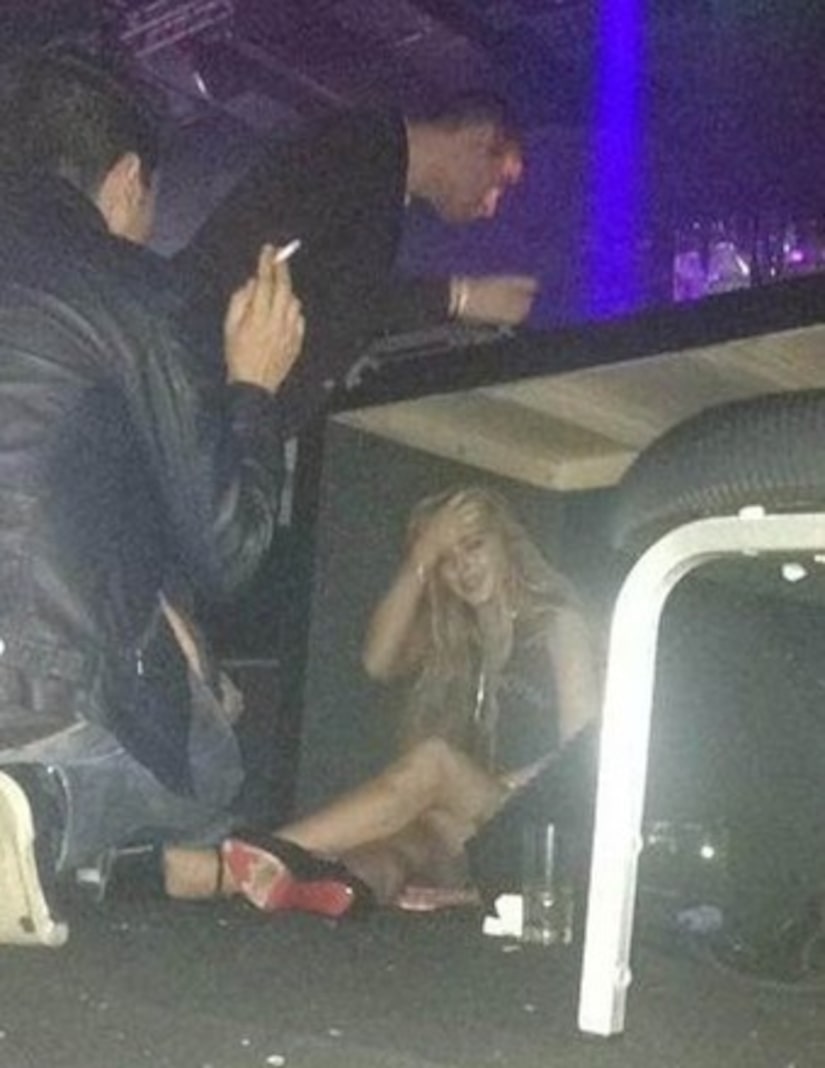