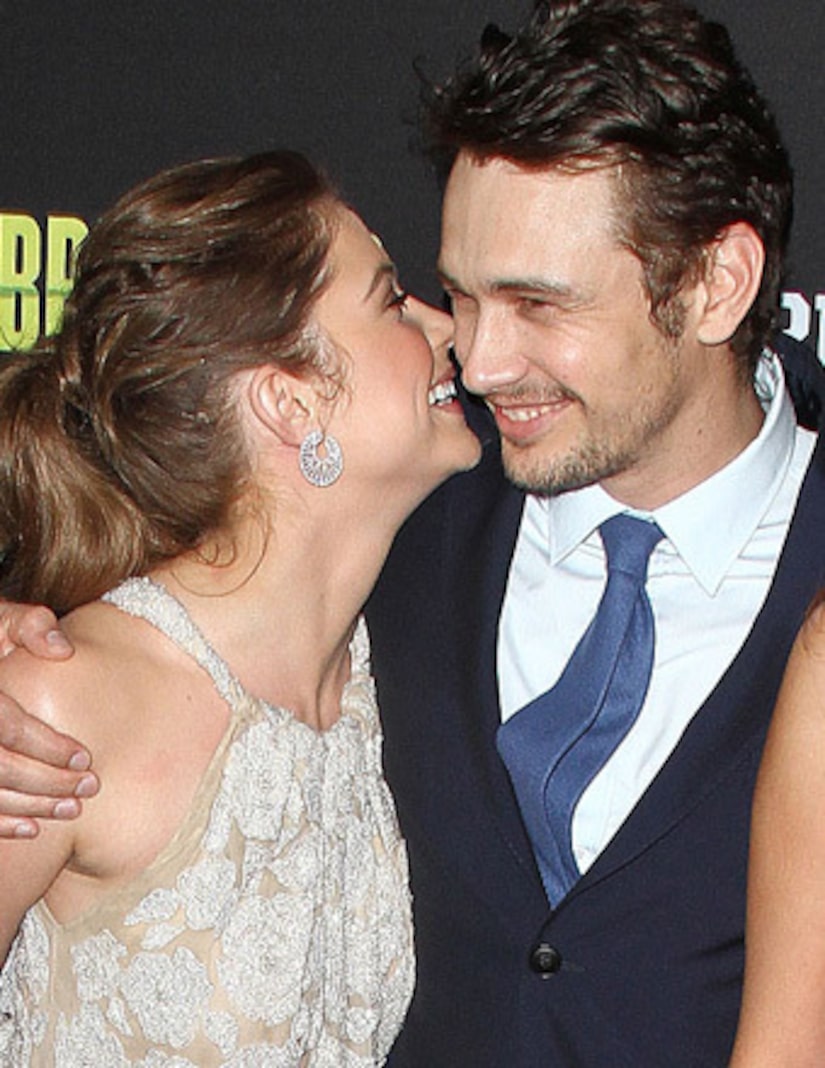 The romance is heating up between James Franco, 35, and Ashley Benson, 23, who couldn’t take their eyes -- or hands -- off each other at the “Spring Breakers” L.A. premiere, sources say.

The co-stars are “1000% hooking up” an insider told Hollywood Life, while an eyewitness reported that after a PDA-filled stroll down the red carpet, the pair hit the after party. James and Ashley reportedly held hands and he often had his hand on the small of her back. Later, she sat on his lap and stole a kiss!

Rumors of a romance started when the pair shot a sexy parody of Justin Bieber’s “Boyfriend” video. The racy recording was especially scandalous because at the time, Ashley was supposedly dating Justin’s friend Ryan Good.

Check out "Extra" at the premiere, talking with stars Selena Gomez and others!