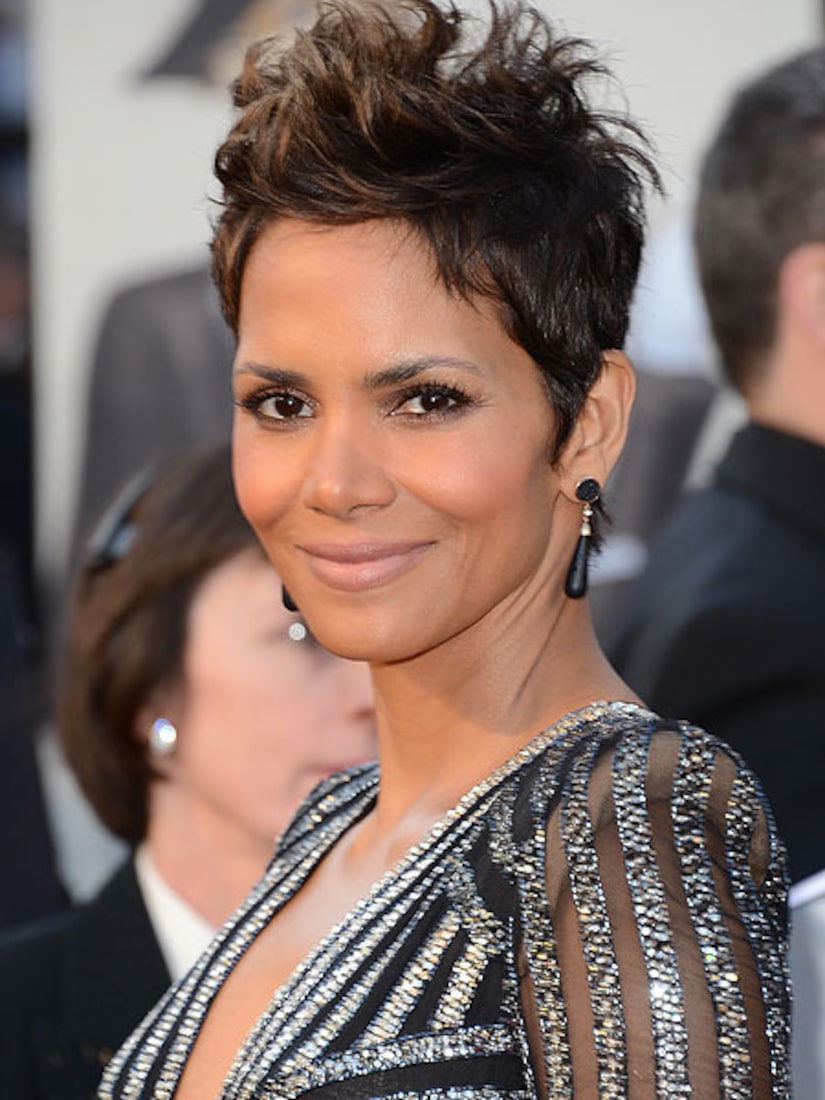 “Extra’s” Mario Lopez sat down with actress Halle Berry, who opened up about the Oscars, life with daughter Nahla, and her new thriller, “The Call.”

In the film, Berry plays a 911 operator desperately trying to save a kidnap victim, played by Abigail Breslin.

The actress said that to prepare for the role, she trained with 911 operators and listened to live calls. She also did her own stunts, and even ended up in the emergency room. Halle explained, “I get hurt in almost every movie. I always want to do my own stunts. I got a little hurt, but that’s okay.”

Berry also talked about reprising her role as Storm in the upcoming "X-Men: Days of Future Past.” “It looks like that's going to happen. I love that character and people love Storm, too, so it will be good to be back.”

As for the 2013 Oscars, Mario told Berry she made “Extra’s” best-dressed list and asked what she thought of host Seth MacFarlane.

The Oscar winner replied, “I think hosting that is one of the scariest things a comedian can do. He did what he wanted to do. That's his brand of comedy and people will love it, and they will hate it. I thoroughly enjoyed the show. It takes so much to offend me these days, after all the things that have been said about me, and to me, so I didn't feel offended by that boob song.”

Halle does take offense to aggressive paparazzi and how it affects her 5-year-old daughter, Nahla. Berry explained, “It’s weird for her and she's at that age where she's questioning why, and she wants to be left alone. It's bothersome and scary for her.”

“The Call” rings in theaters March 15.