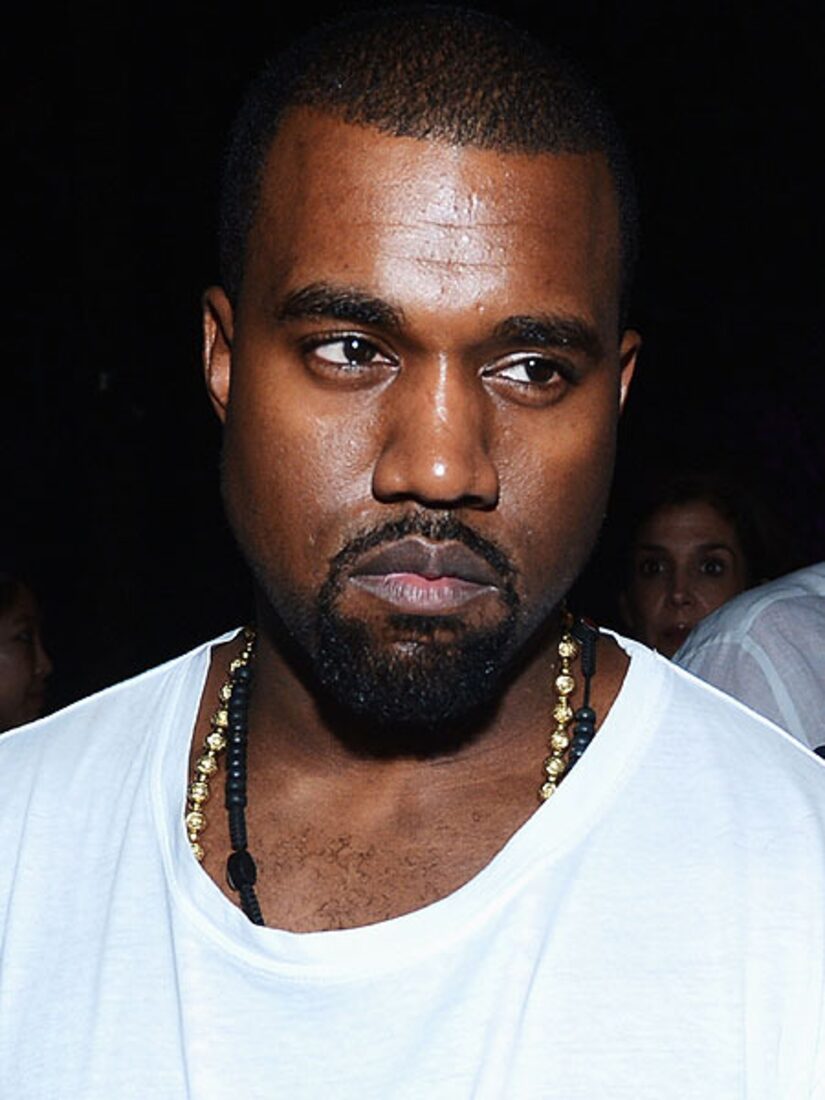 Rapper Kanye West stepped up on his soapbox again to voice his opinions.

At a show in London on Saturday, the father-to-be, who is expecting a child with GF Kim Kardashian, yelled at his fellow music superstars and their ties to big moneymaking advertisers, reports MTV News.

The singer ranted, "People get on the phone with me and [ask me] ... 'what kind of business are you doing?'" he said in a video of the incident on YouTube. "'What's the numbers? How much did you sell? What's the radio spins? How much shampoo can you sell with your face on it and s**t?'"

"Remind me again why we in this s**t?" he sang over and over in an improvised bit. "Since when was making art about getting rich?"

West also took another shot at Taylor Swift, whom he famously interrupted at the 2009 MTV VMAs. "Taylor Swift beat Beyoncé at the Grammys? Beyoncé be dancing in heels and s**t.”

Watch some of the performance [warning: contains strong language].