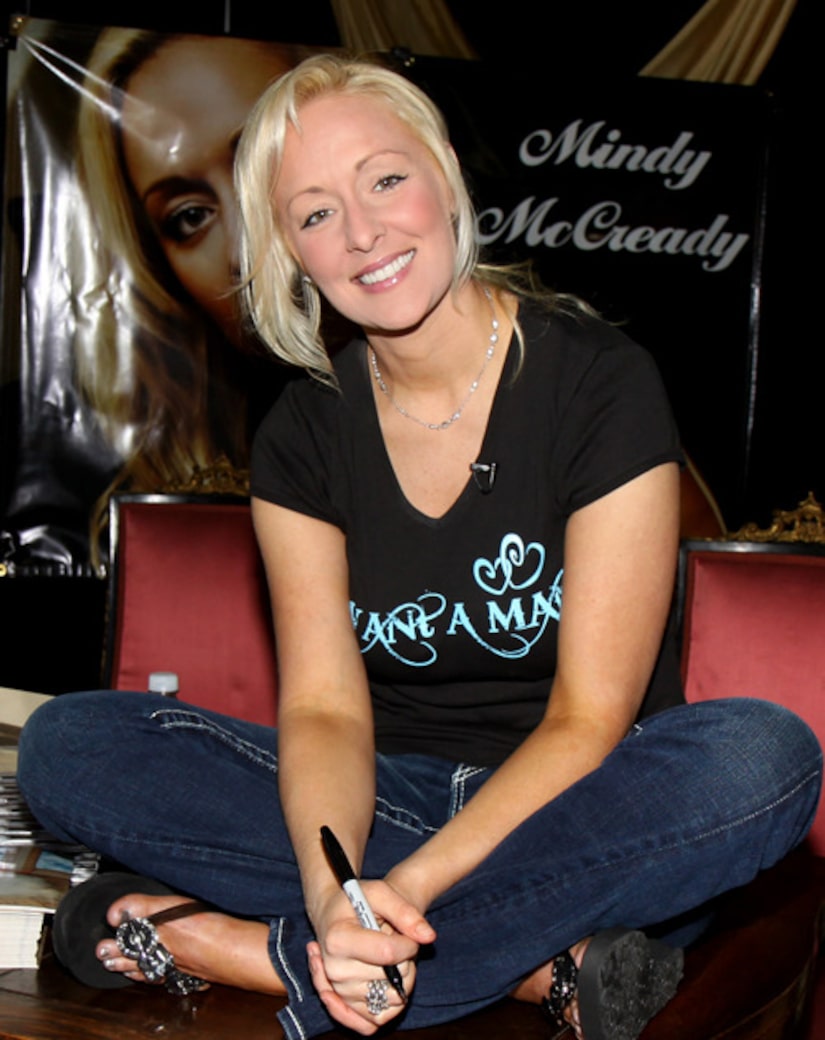 Family, friends and fans of Mindy McCready held a funeral for the country singer in her hometown of Ft. Myers, FL today. The star died of a self-inflicted gunshot wound on Sunday, Feb. 17.

According to People, McCready's casket arrived at Crossroads Baptist Church in a white hearse, where approximately 400 mourners came to pay their respects.

Special touches included a portrait of Mindy displayed onstage and white roses on the casket. Attendees watched a slideshow her life as Mindy's songs, like “I'm Still Here” and “Ten Thousand Angels,” played in the background. One image featured the singer and former fiancé Dean Cain.

Mindy's mother, Gayle Inge, spoke at the service. She told the crowd, "Mindy adored her two children. She wanted them to know that. Through much agony and pain, she went to heaven. She is no longer sick. She is healed. Thank you for all who are here. Please pray for those boys. No matter what, she will always be my little girl, sitting in her car seat, singing into a hairbrush. The world was her stage."

McCready's final resting place will also be in Ft. Myers. The music industry will hold a memorial service for Mindy in Nashville in early March.