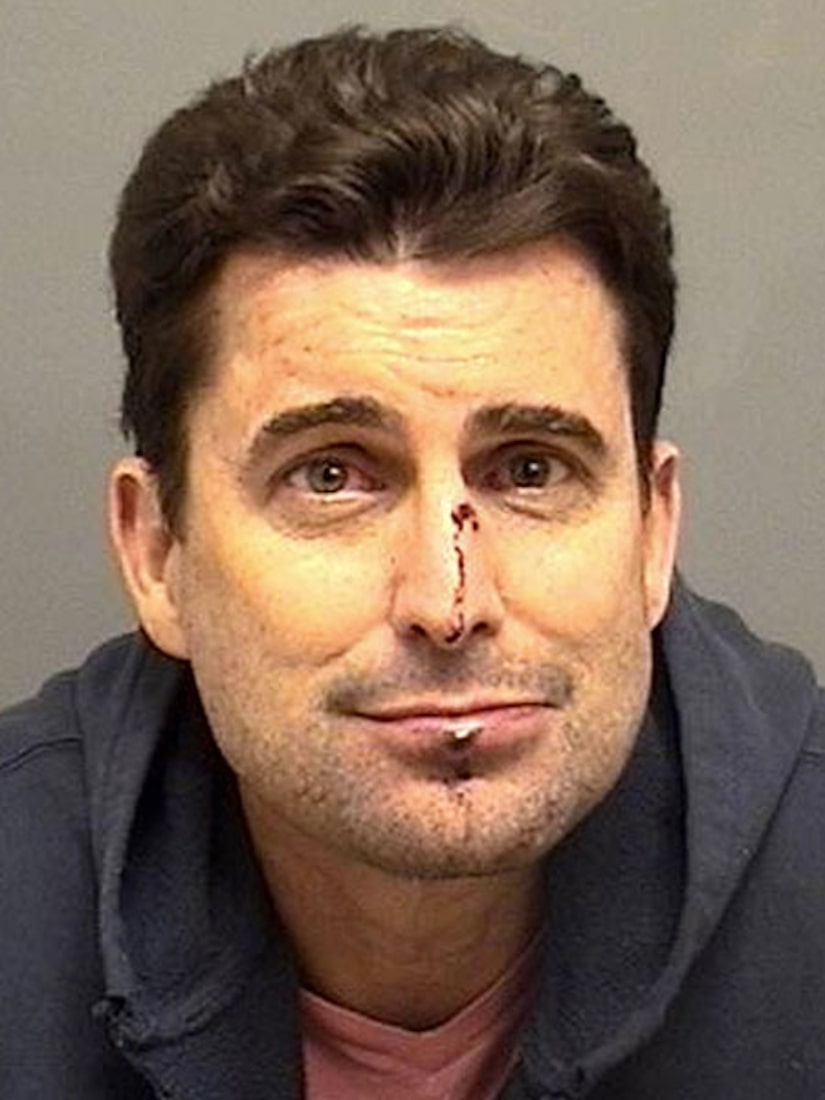 TV newsman Rob Morrison, a longtime anchor for WCBS-Channel 2 in NYC, has resigned from his job following his arrest on charges that he threatened and choked his wife, TV journalist Ashley Morrison.

He was arrested on Sunday, and then threatened to kill her while in police custody, says the police report obtained by the NY Post.

Morrison said in a statement about his resignation, "My family is my first and only priority right now and I have informed CBS 2 management that I need to put all of my time and energy into making sure that I do what's best for my wife and my son. I very much appreciate the opportunity that CBS 2 has given me and I thank them for accepting my decision."

The news vet was arrested at his home in Darien, Connecticut where he lives with wife Ashley, an anchor for “CBS Money,” and their 7-year-old son.

When the cops arrived to the home, after Ashley's worried mom reported a domestic disturbance, they found Morrison "extremely inebriated” and "belligerent," said the police report.

As Morrison was being booked, the report states that he yelled, “I can't go home tonight man, I'm f--king killing her!” and also taunted the authorities, dubbing one cop “Sergeant Douchebag” and daring them to make his handcuffs tighter.

Ashley's brother, Dr. Gregory Risk, also told the cops that Morrison once threatened his own child. “G. Risk stated that in the past R. Morrison commented to him that if A. Morrison leaves him he would shoot their son in front of her and then shoot her,” the police said.

Cops notified Connecticut Child Protective Services about “suspected child abuse and neglect” at the home, which automatically triggered an investigation.

Morrison tweeted on Wednesday, "To those who prefer to believe the outright lies printed in the tabloids, I ain't mad at ya. Good luck."

CBS confirmed Morrison's resignation, and said a statement is forthcoming.