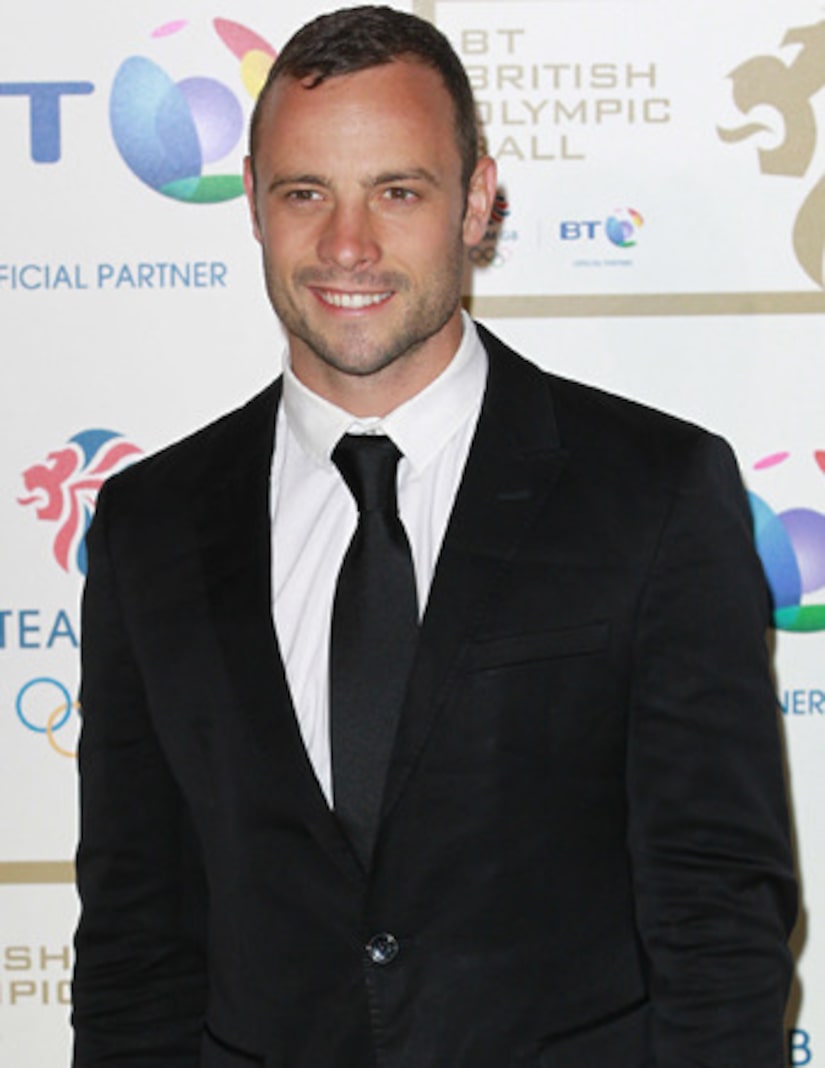 In a sworn affidavit obtained by “Extra,” “Blade Runner” Oscar Pistorius is claiming that he accidentally shot his girlfriend, Reeva Steenkamp, through a bathroom door because he thought she was an intruder. The statement has not swayed prosecutors, who still plan to charge him with premeditated murder.

Pistorius' lawyer read the affidavit at a bail hearing, the same day that Reeva's funeral was held in Port Elizabeth. In the document, Oscar disputed the murder charge, saying, "I fail to understand how I could be charged with murder, let alone premeditated murder, as I did not plan to murder my girlfriend Reeva Steenkamp.”

According to the Olympian and Paralympian track star, he and Reeva spent a quiet evening together on Feb. 13 and then went to bed. In the wee hours of Valentine's Day, he got up to bring a fan in from the balcony and “heard a noise in the bathroom” and believed it was an intruder. He wasn't wearing his prosthetic legs at the time and felt “terror rushing over” him.

He explained, “It was pitch dark in the bedroom and I thought Reeva was in bed.” As the athlete approached the bathroom, he said he noticed that a separate door to the toilet was closed. The South African superstar claimed he believed the couple would be in “grave danger” once the criminal emerged from hiding and began firing his 9 mm through the door.

The documents go on to say that when he asked Reeva to call police she didn't respond. That's when he supposedly realized she was not in bed. “I put on my prosthetic legs, ran back to the bathroom and tried to kick the toilet door open… I went back into the bedroom and grabbed my cricket bat to bash open the toilet door. A panel or panels broke off and I found the key on the floor and unlocked and opened the door. Reeva was slumped over but alive.”

After making multiple calls for an ambulance and other medical help, he brought Reeva downstairs, but said she “died in my arms.”

Pistorius, who broke down crying in the courtroom, will remain behind bars for at least one more night. The court has postponed the bail decision until Wednesday morning.