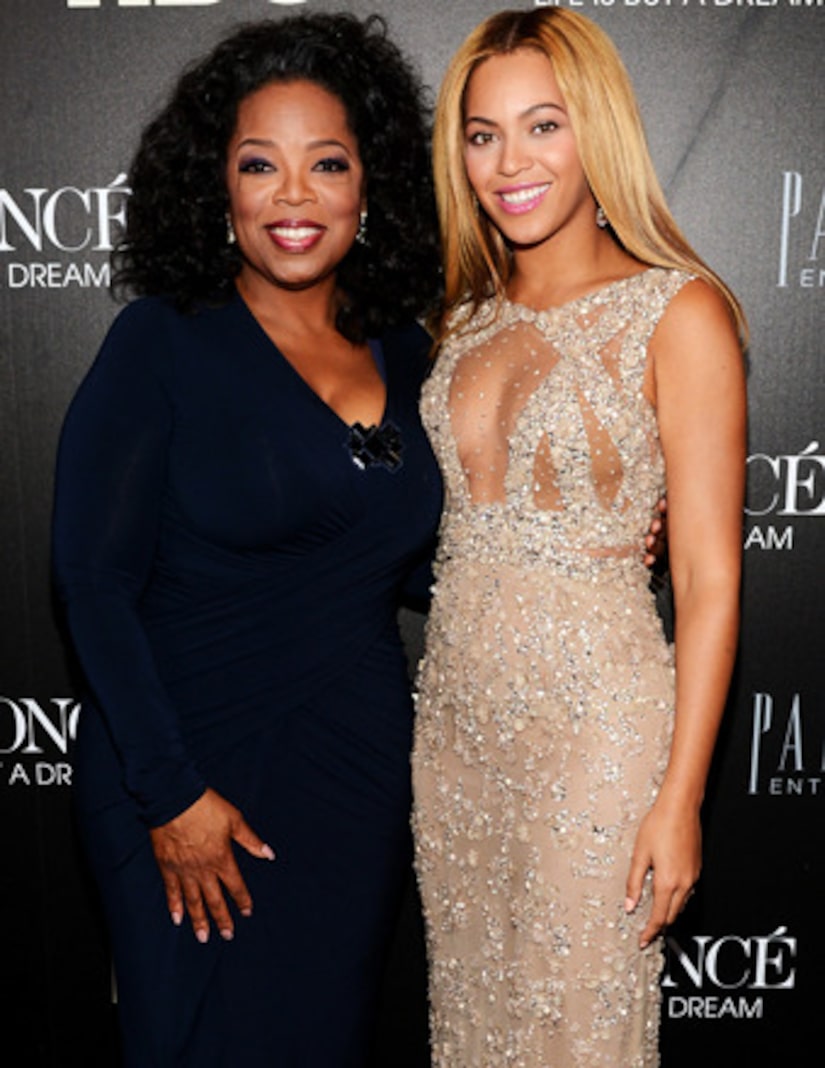 In case you missed it, Oprah is a big fan of Beyoncé! Not only did she sit down with the singer for a special one-on-one session for “Oprah’s Next Chapter,” she also hit the red carpet with the 31-year-old at her “Life is But a Dream” premiere in NYC.

The HBO documentary is the latest project for busy Bey, who recently performed at President Obama’s inauguration and the Super Bowl.

When “Extra’s” AJ Calloway caught up with Beyonce on the red carpet, she explained, “It’s time for people to know who I am.”

Oprah praised “Life is But a Dream,” telling AJ, “I thought it was riveting. I thought it was emotional… There is this goddess Beyoncé, but at the end of this you see her as a real person.”

The docu is a rare peek into the life of the uber-private superstar, who has a 1-year-old daughter with husband Jay-Z Carter. She admitted, “It was hard to see my mistakes, relive my struggles.”

Becoming a mother to Blue Ivy, however, made her story “complete.”

Beyoncé revealed, “Once I gave birth I said… ‘Okay, now everything makes sense. And now I know who I am. Now I know my message and I'm ready.’”

Reflecting on Jay-Z’s reaction to the film, she said, “I think he was very proud. I can see the growth of our relationship in the film. It was like therapy for me.”

Oprah’s interview and the documentary will air back-to-back on Saturday, Feb. 16 with the interview starting at 8 PM on OWN and the movie at 9 PM on HBO.

“I had an extraordinary interview with Beyoncé… she was authentic. She was herself. She was forthcoming,” Winfrey said.