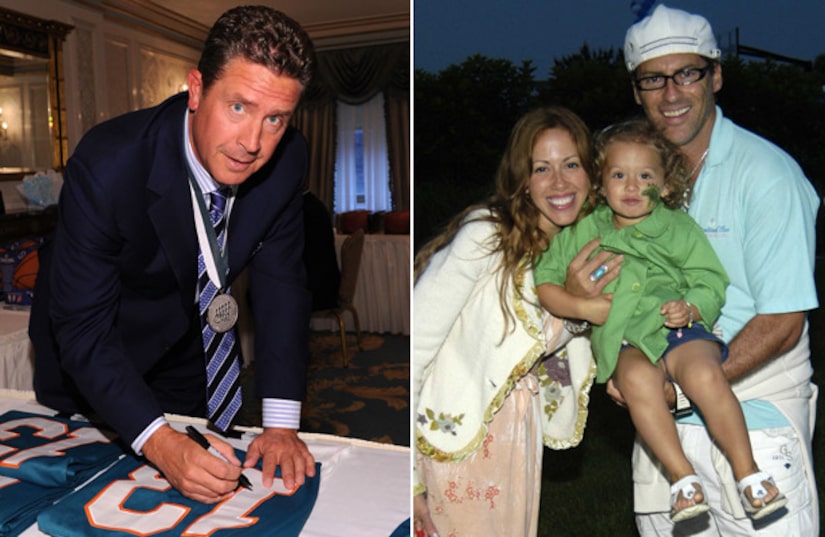 The New York Post has tracked down Dan Marino's alleged former mistress in London. Donna Savattere, who reportedly has a lovechild named Chloe with the NFL legend, was spotted hiding out in style with husband Nahill Younis.

According to the Post, Donna and her family have been living in a lavish, five-bedroom, $3.4-million home in Wandsworth. Neighbors claimed the couple recently planted tall bushes to provide more privacy.

When the paper approached Younis and Savattere -- who was holding 7-year-old Chloe, they declined to comment and Nahill drove away in an SUV. Check out the photos here!

Marino didn't have the luxury of hiding out in the wake of the scandal. He had to fulfill his CBS Super Bowl duties amid the tabloid headlines.

Dan and Donna reportedly met at CBS in New York, when he was a pre-game analyst and she was a production assistant. Sources told the Post that Savattere, then 35, gave birth to Chloe, in 2005.

So far, no word on exactly how much he paid to keep the affair a secret. Donna supposedly agreed to move to Texas with the baby, but later resurfaced in New York and then London. She has a second child with her current husband.