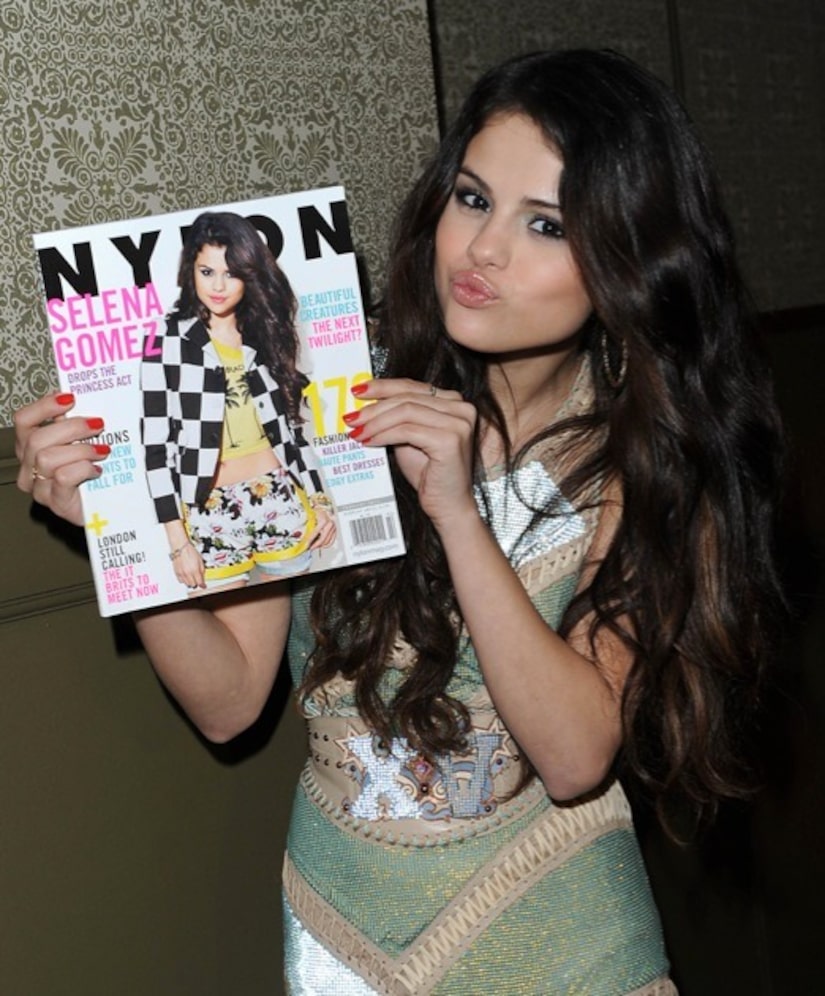 “Extra's” Terri Seymour chatted with singer/actress Selena Gomez at the celebration of her Nylon magazine cover, and Selena admitted she might steal a kiss from one of the “One Direction” members.

Seymour told Gomez that in a recent radio interview with One Direction, they said of any star right now, they'd pick Selena to kiss. The former Disney star was surprised. “That's really nice! I love all of them. They're so sweet. They're really good guys.”

Who would she kiss? Embarrassed, Selena smiled, “Oh, no… Zayn!”

Gomez also talked about her more adult turn in the upcoming gritty drama “Spring Breakers.” “I had such a good time taking a year off and just focusing on movies and acting… I'm continuing to want to do more of that, but I'm also having so much fun with music!”

At the event, she signed a Coach bag for CharityBuzz.com. Click for more information on their auction!