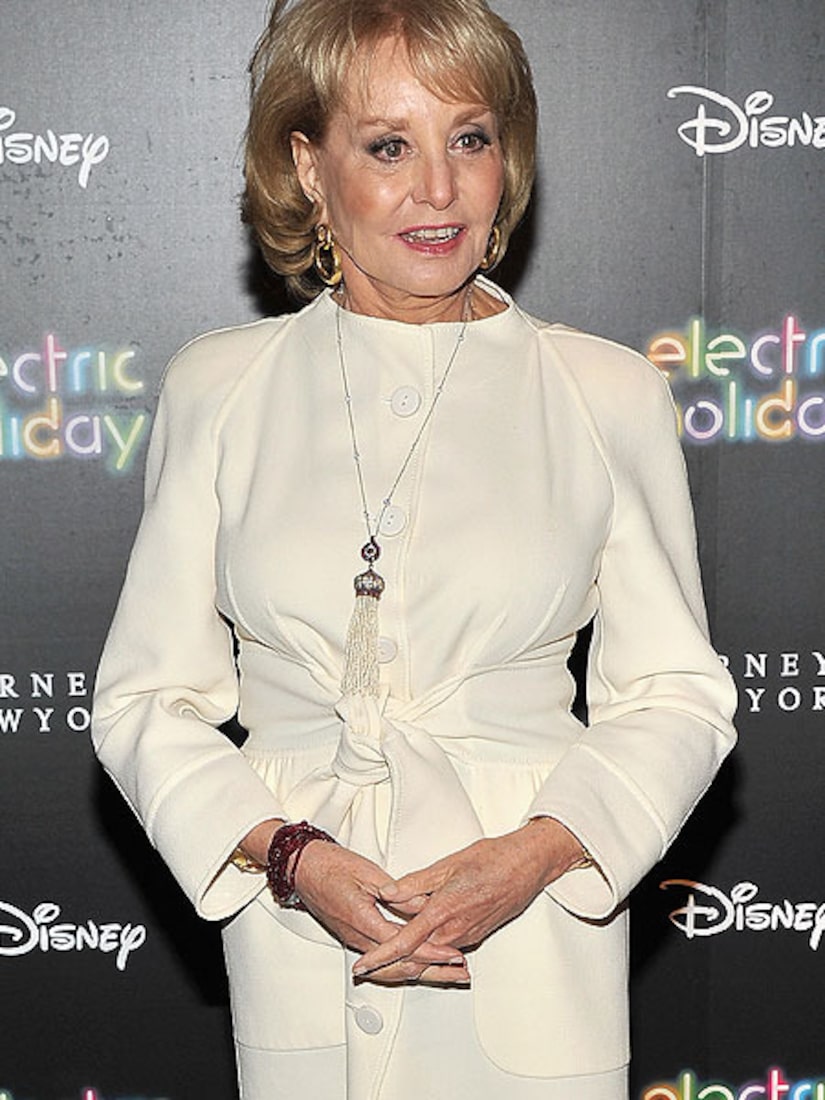 “The View” co-host Barbara Walters has more than just a bump on the head.

The 83-year-old newswoman, still recovering in a Washington D.C. hospital from a fall suffered during Inauguration weekend, has contracted chicken pox for the first time.

Her “View” cohort Whoopi Goldberg relayed the information on the show Monday. "We want to give you an update on Barbara. You all know that she fell and cut her head 10 days ago, and then was running a temperature, but it turns out it is all the result of a delayed childhood."

Whoopi continued, "Barbara has the chicken pox. She'd never had it as a child. So now she's been told to rest, she's not allowed any visitors, and we're telling you, Barbara, no scratching!” Whoopi added, "We love you. We miss you. We just don't want to hug you."