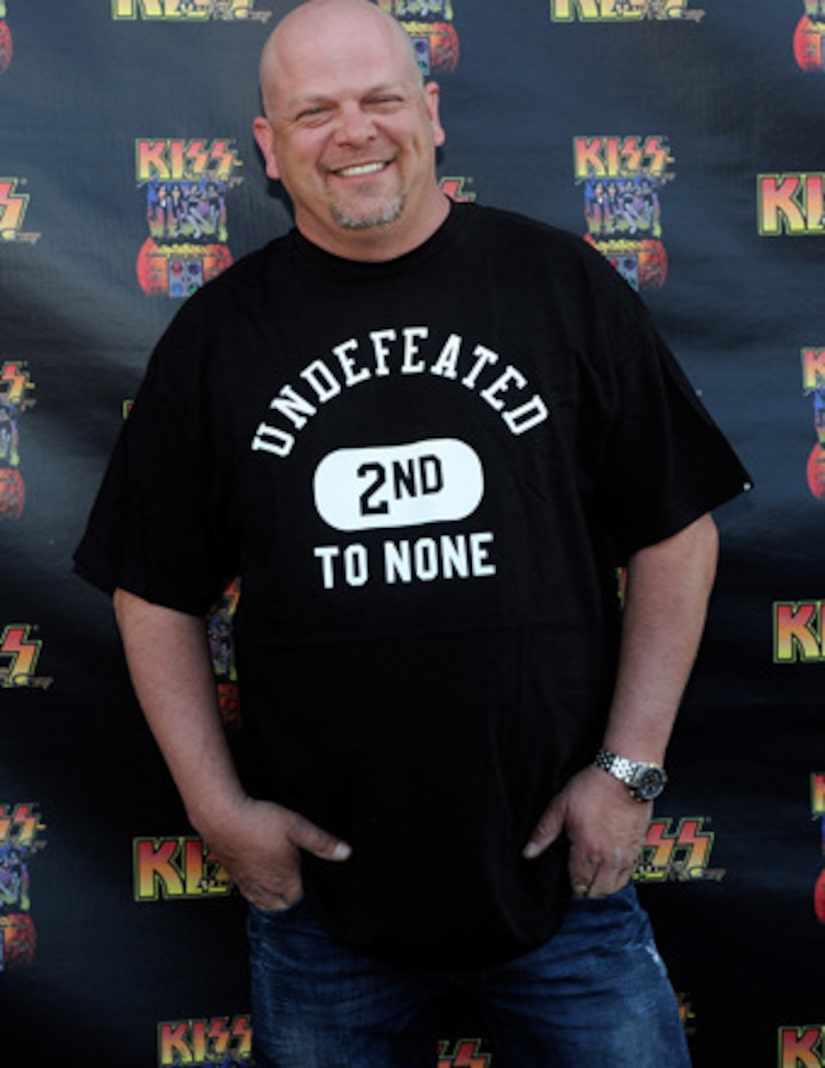 Rick Harrison has a lot to juggle this year, between his booming “Pawn Stars” business in Las Vegas and his upcoming wedding!

The reality show star and fiancée Deanna Burditt, who originally planned on a Sin City ceremony, will walk down the aisle July 21 at the Ritz Carlton in Laguna Beach, CA.

Harrison told People, "She's sticking me with all the planning!

He added, “I just had no idea there was so much involved. I just thought you got a cake, had a party, buy a keg. But we're getting it done."

The guest list started at 40 and now includes more than 100 people. A few of the friends and family in the crowd will be familiar faces.

“Counting Cars” star Danny Koker plans to become ordained as a minister, just for the occasion and “Pawn” co-star Austin “Chumlee” Russell will join the wedding party as ring bearer.

This will be Harrison's third marriage.

Catch "Pawn Stars" on Mondays at 10 PM on the History Channel.