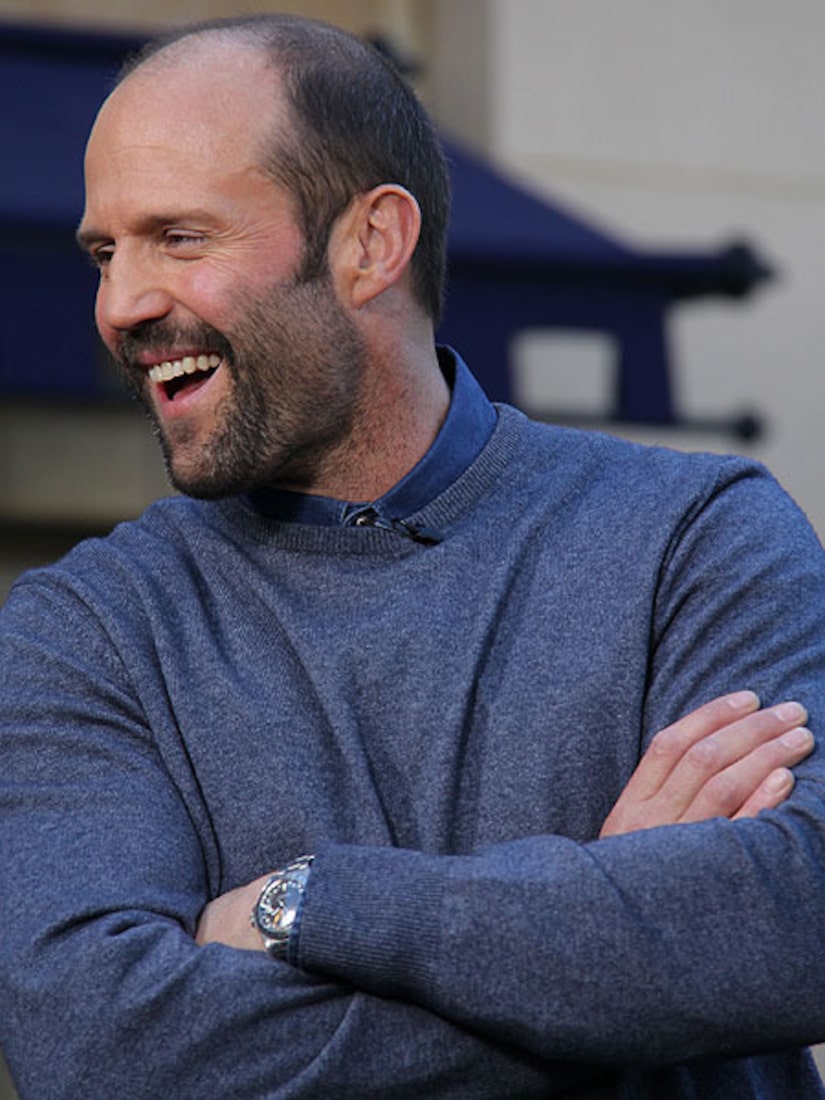 Action stud Jason Statham joined “Extra’s” Mario Lopez at The Grove, where he dished on his new movie, “Parker,” what it was like working with Jennifer Lopez, and “Expendables 3.”

On the rumors Clint Eastwood and possibly Jackie Chan might make an appearance in the third “Expendables” installment, Statham said, “Well, either of those two we'd be very privileged to be in the company of those. Sly waves the magic wand and if they're going to come to the party, then we'd be very happy.”

Statham also talked about the “wonderful experience” working with J.Lo, including the scene in which Jennifer sheds some clothes. “It’s a very unusual situation. We’re trying to recreate something that is realistic, but the process of making it is a lot different than it would be in real life. ”