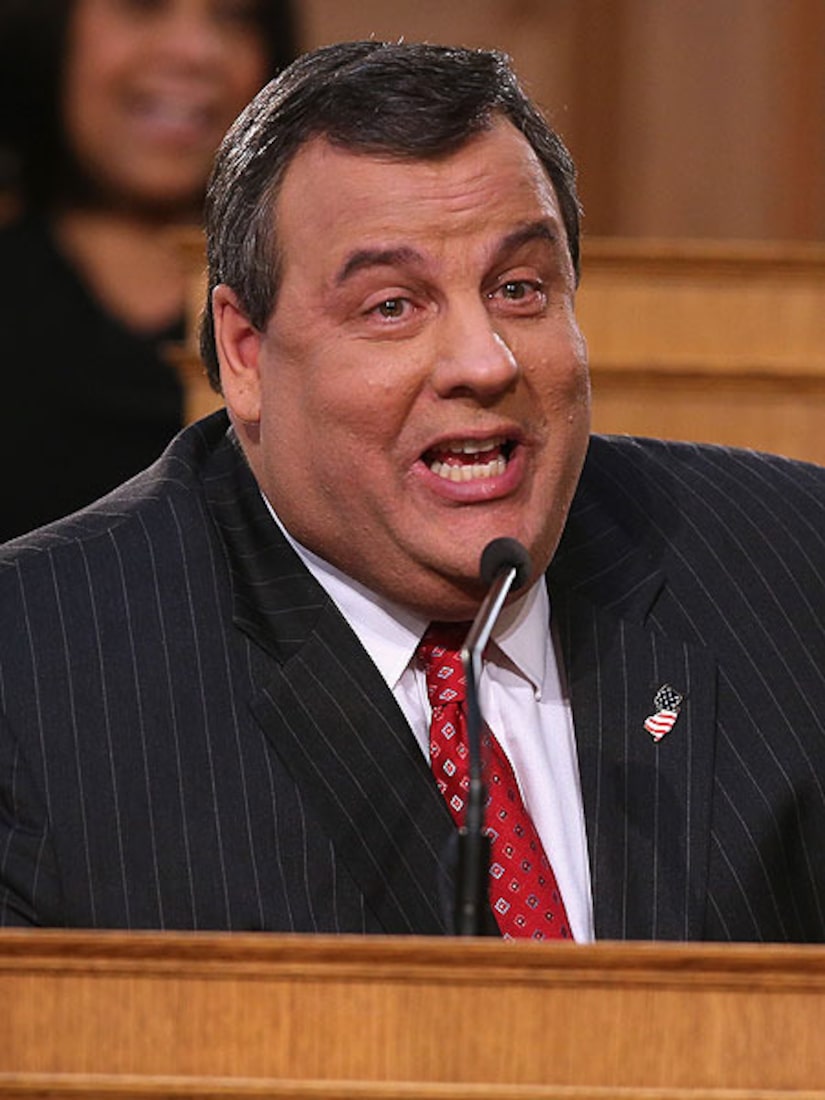 During his remarks, Christie thanked Alec Baldwin for donating $250,000 to the Mill Creek Community Center in the wake of Hurricane Sandy.

Christie joked, “I can’t believe I’m actually doing this… Thank you, Alec Baldwin.” The two have been quite vocal on their differing political opinions.

The Baldwins were both very involved in local Sandy relief efforts. Hilaria witnessed the devastation firsthand in Island Park and the The Rockaways, where she joined “Extra” in delivering much-needed supplies and goods.

After seeing all the people in need, the couple decided to donate money from Alec's Capital One commercials to the community center.

Hilaria spoke backstage with Christie and thanked him for the shout-out to her husband. Watch the interview!