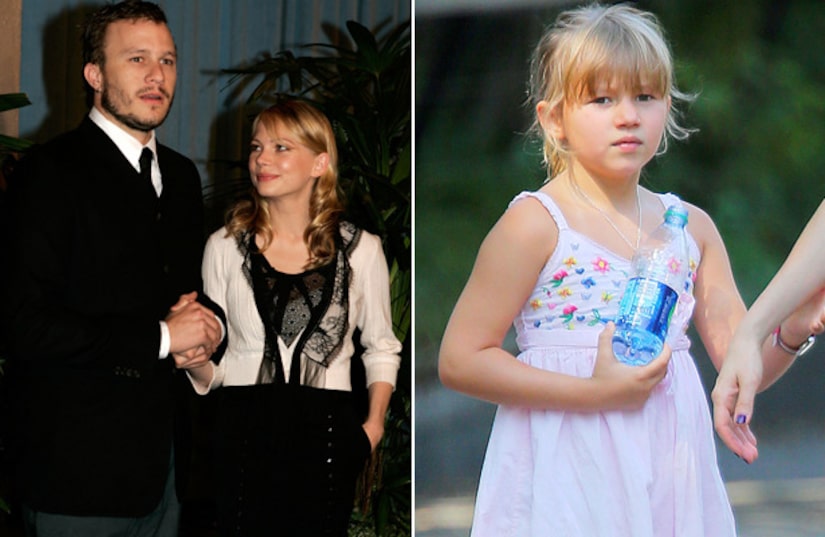 Actor Heath Ledger's daughter Matilda, 7, looks an awful lot like her daddy, and his parents agree the two are “very much” alike.

In recognition of the fifth anniversary of Heath's death on Jan. 22, Kim and Sally Ledger sat down with Australia's New Idea magazine to talk about their son.

"It has been an extremely difficult five years, as not a day goes by when we don't feel the immense loss of Heath," said mom Sally.

They see a lot of Heath, however, in little Matilda, his daughter with actress Michelle Williams.

"Matilda has the same walk as Heath and is such a respectful little kid," added dad Kim. "Our family has the most wonderful relationship with both Matilda and Michelle; we talk frequently and visit as often as we can."

The latest issue of New Idea is on newsstands today.