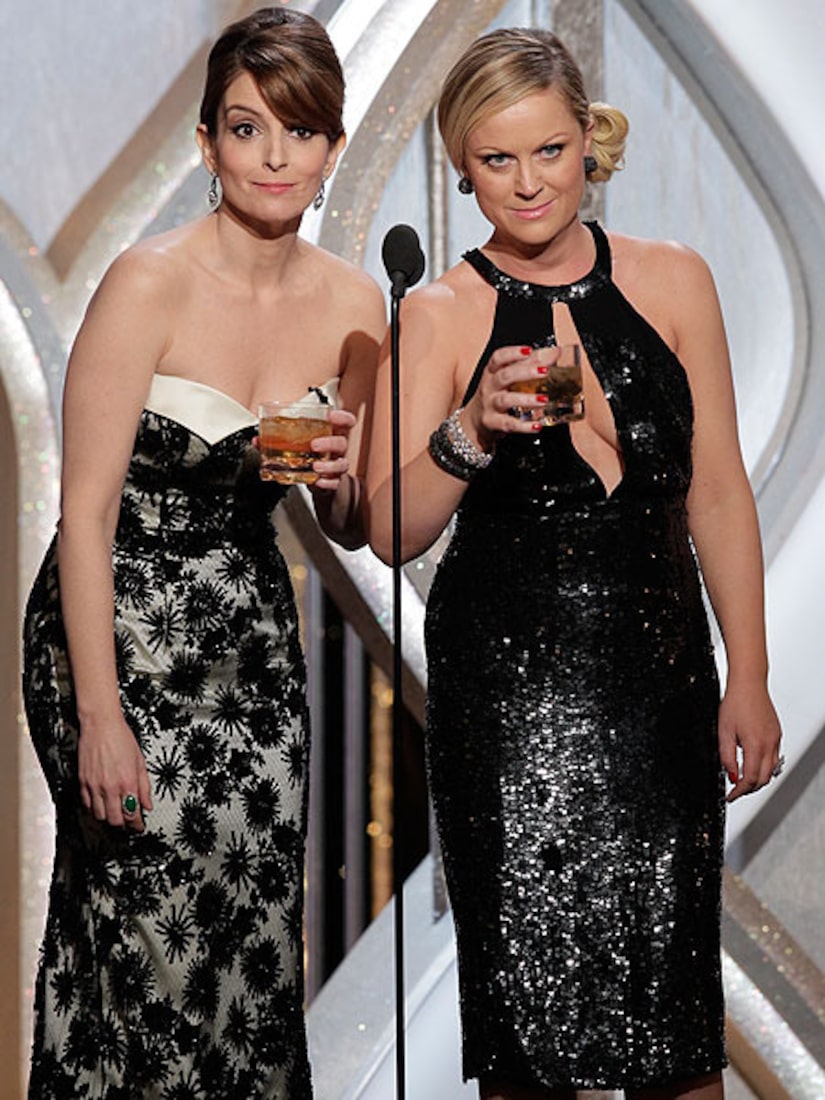 Hosts and BFFs Tina Fey and Amy Poehler kicked off the 2013 Golden Globes with a hilarious opening monologue.

The two funnywomen started off by saying, “This is the only time of year where the beautiful people of film get to rub shoulders with the rat-faced people of TV.”

Poehler also took a jab at director James Cameron, via director nominee Kathryn Bigelow, his ex-wife. “I haven't really been following the controversy over 'Zero Dark Thirty' but when it comes to torture, I trust the lady who was married for three years to James Cameron.”

Fey's best line of the evening was to Globes nominee Anne Hathaway. “You gave a stunning performance in 'Les Miserables.' I have not seen someone so totally alone and abandoned like that since you were on stage with James Franco at the Oscars.”

Watch more of the hilarity!

Even their parting shot of the evening was a good one. As they said goodnight, Poehler added, “We're going home with Jodie Foster!”