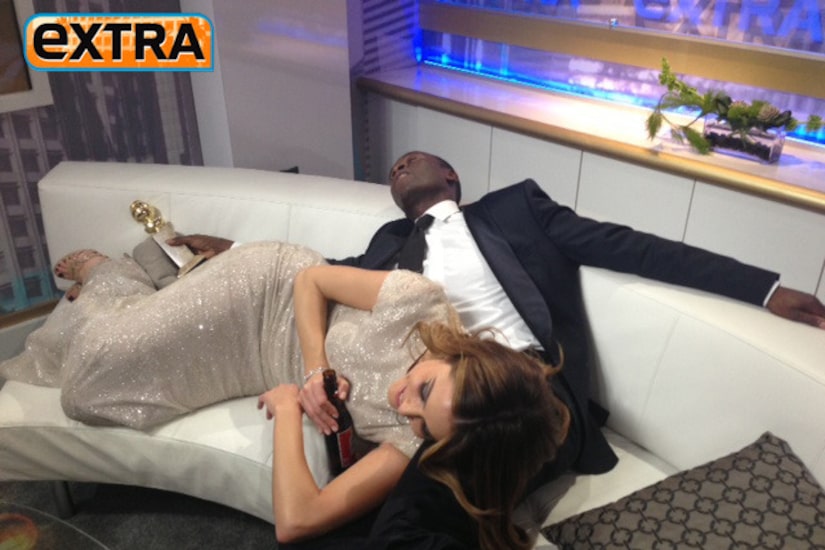 Winning a Golden Globe is tiring… at least that’s what it looked like when “Extra’s” Maria Menounous caught up with actor Don Cheadle backstage after he accepted the award for Best Actor in a Comedy Series.

Don and Maria did a celebratory dance together, then took a nap on the couch. See the pic!

During his acceptance speech, Don said, "This is unexpected." It is Cheadle’s second Golden Globe.

The second season of “House of Lies” premiered Sunday, January 13 on Showtime.