The Twitterverse lit up on Monday when sportscaster Brent Musburger made some choice comments about quarterback AJ McCarron's girlfriend, Katherine Webb, during the BCS National Championship Game. The 73-year-old couldn't help but notice the “lovely lady” as the ESPN cameras panned to Miss Alabama in the crowd.

“You quarterbacks, you get all the good looking women,” Musburger gushed as McCarron's Alabama team went head-to-head with Notre Dame. “What a beautiful woman. Wow!”

The veteran TV personality has made “red blooded” comments before. Check out his observations as Jenn Sterger, the woman caught up in the Brett Favre sexting scandal, flashes across the screen.

Musburger wasn't the only one impressed by Webb. Arizona Cardinals player Darnell Dockett tried tweeting Webb throughout the game, writing, “Aye @_KatherineWebb hit me (240) ***-**** when game over, lets go to wing stop then King of diamond.” He followed up with, “S**t that was suppose to be DM!“

McCarron eventually intervened, writing, “@ddockett u better worry ab being in them playoffs, then going to king of diamonds homie.. #betterkeepdreaming like the rest of these dudes.”

Visit USA Today for the hilarious Twitter play-by-play between the two football stars. 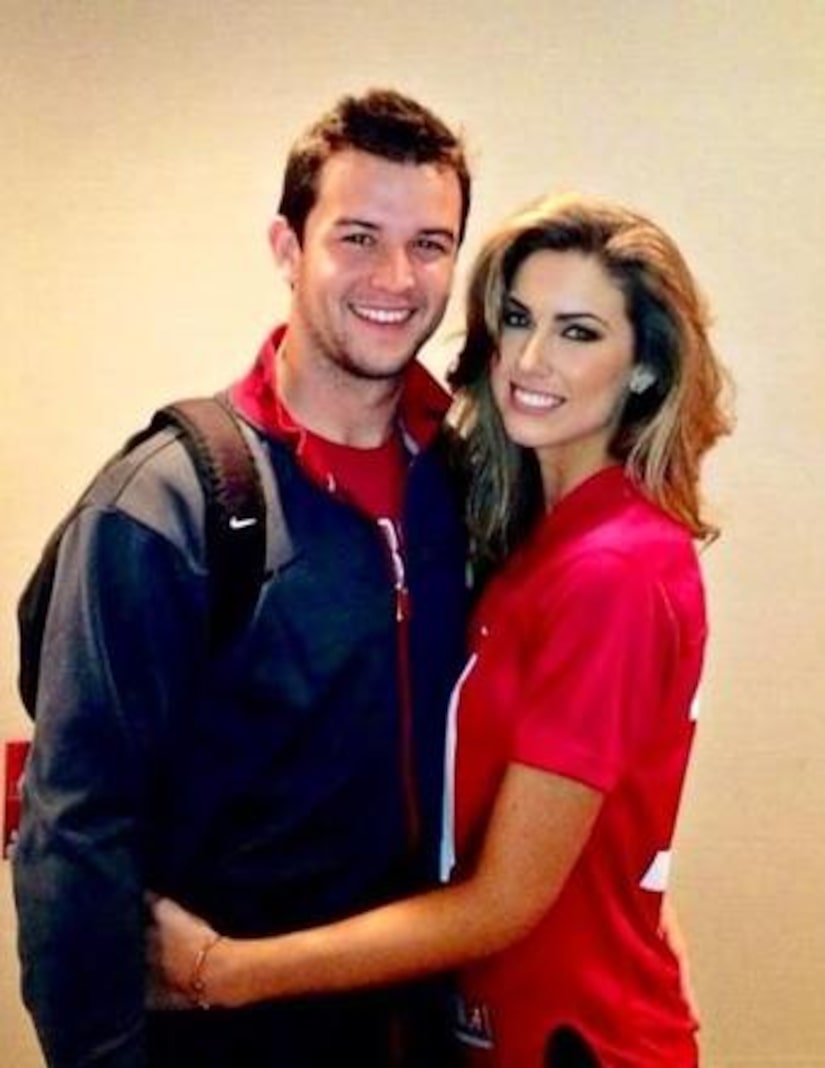