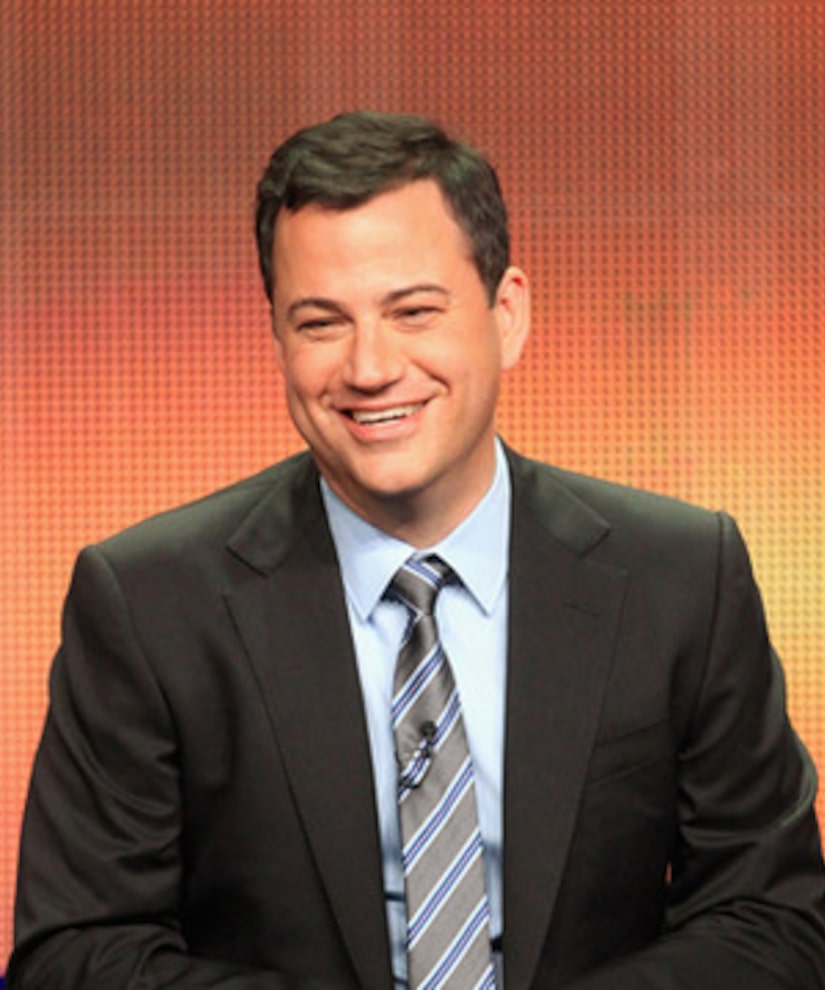 The late-night TV competition is heating up, and all three hosts – David Letterman, Jay Leno and Jimmy Kimmel – are making headlines.

While Letterman opened up about his sex scandal on “Oprah’s Next Chapter” on Sunday, NBC just announced that Leno will be sticking around, signing an agreement to extend his contract beyond 2014.

Starting on Tuesday, Kimmel will be moving into direct competition with Letterman and Leno, as he takes over the 11:35 PM time slot on ABC.

“Extra’s” Maria Menounos and Renee Bargh stopped by Kimmel’s new set in Hollywood to celebrate and Jimmy had no problem dishing on the competition. Watch!