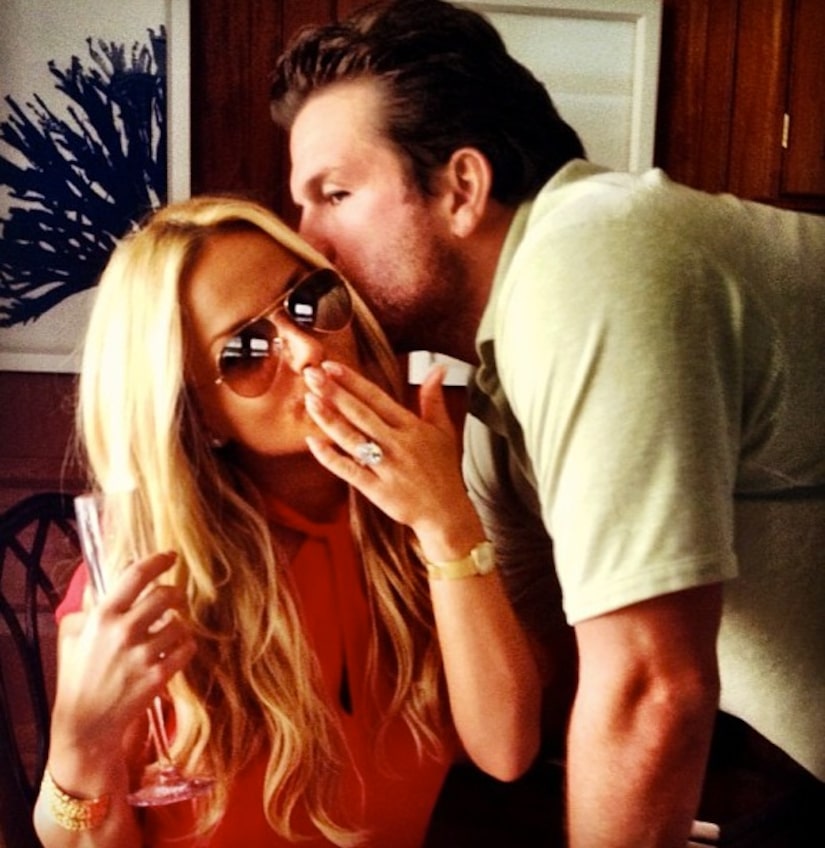 Lutz announced their engagement on Twitter by uploading an Instagram picture of him kissing her and showing off the gigantic engagement ring.