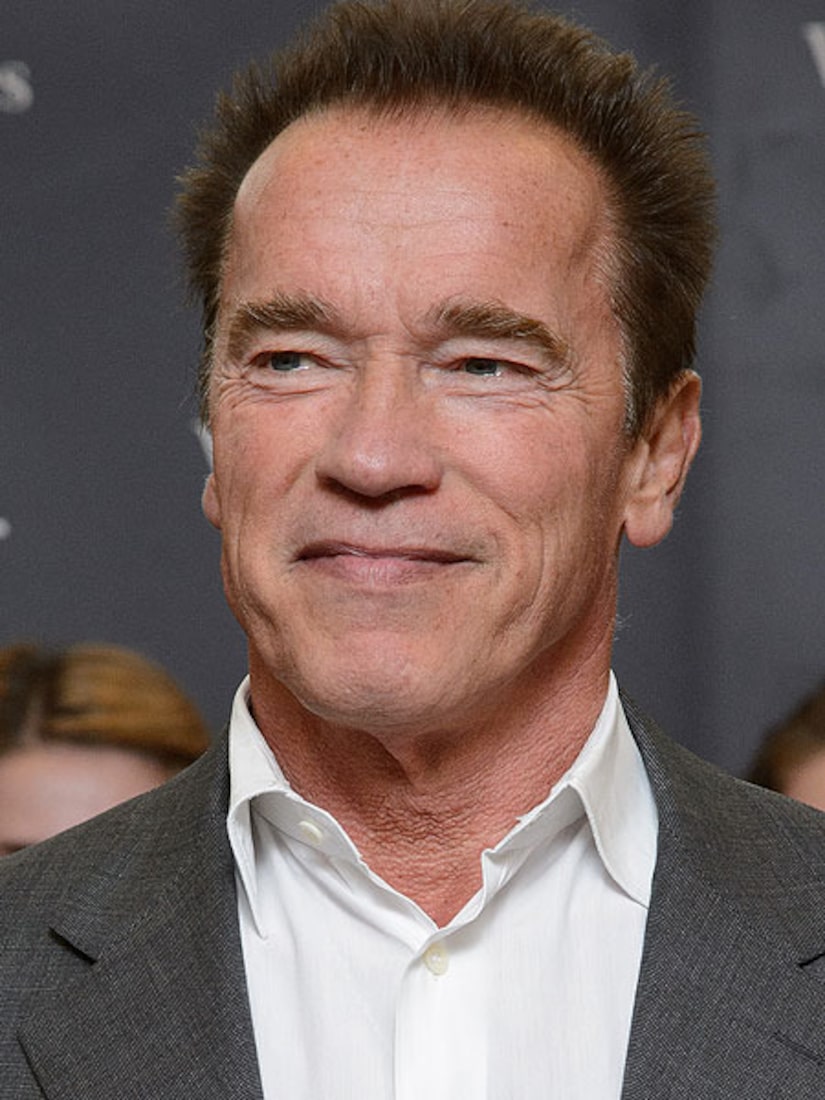 He’s back! Actor Arnold Schwarzenegger stars in “The Last Stand,” his first leading action role since leaving the California governor’s office, and he sat down “Extra’s” Maria Menounos to talk about his return to the big screen.

In the film, Schwarzenegger plays a small town sheriff trying to prevent a cartel leader from escaping across the border, and the stunts were a little tougher this time around. Arnold explained, “When I crash through a door, I'm getting up a little slower, and my bones ache. My knees ache.”

Menounos delivered a special message from Arnold's former nemesis, Sylvester Stallone. Sly joked, “Why don't you quit? Seriously, I have enough competition... I don't need to see you back so soon... you're too good. He's just too good.”

Arnold laughed and said he and Sly actually get along nowadays. “In the 80s, we were fierce competitors. We hated each other. Even though we admired each other, we wanted each other to go away, but now we get along really well. We got to an age where we said, ‘What is that all about? Why are we competing? Why can't we be supportive of each other?’”

“The Last Stand” will make its first appearance in theaters January 18.