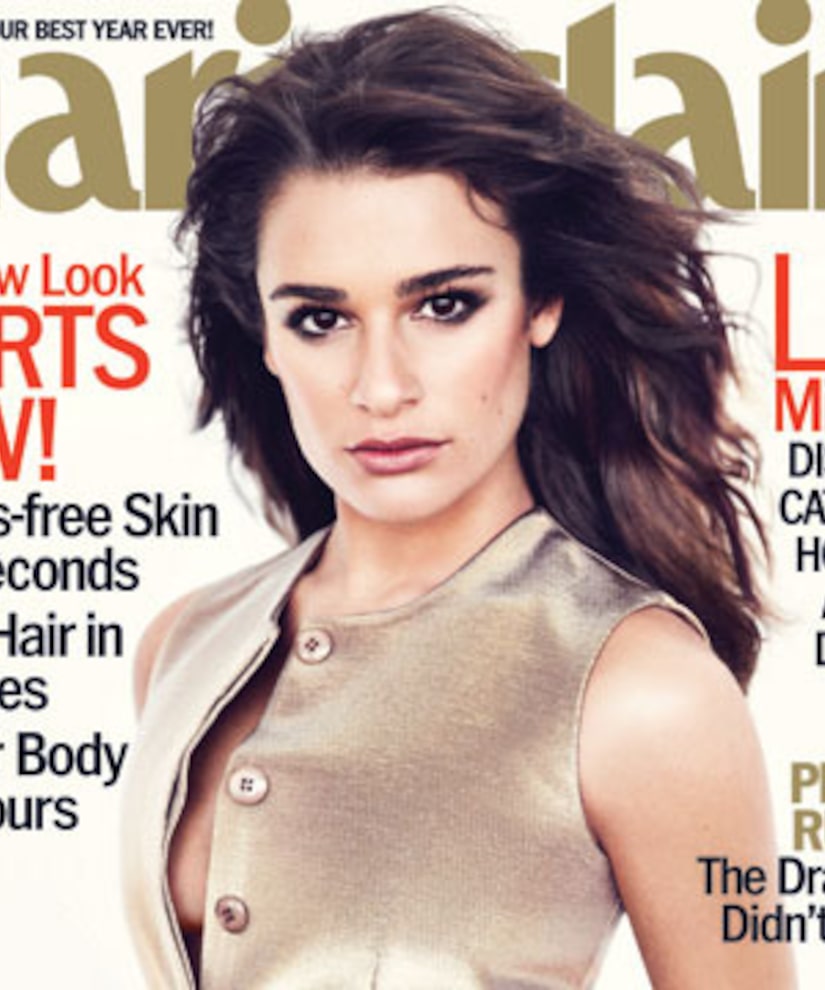 In the January issue of Marie Claire, "Glee" star Lea Michele set the record straight on her rumored celebrity feud and her romance with co-star Cory Monteith.

When asked about rumors she and "Glee" guest star Kate Hudson had an on-set feud, Michele flatly denied it. She divulged that when Hudson, who allegedly called the stint a nightmare, heard about the tabloid rumors, she called called Lea and said, "I just heard about that, and it f***ing sucks. I want you to know I think you're amazing."

The 26-year-old singing sensation then talked about her strapping 6'3" boyfriend and co-star Cory Monteith, who plays Finn Hudson. “I don't even remember a time when he wasn't my boyfriend. No one knows me better than Cory."

She continued, "He makes me feel like I can do anything. For the first time in my life, I feel really, really settled and happy. I feel like the luckiest girl in the world.”

Read the full interview in the January issue of Marie Claire, on newsstands Tuesday, December 18th.