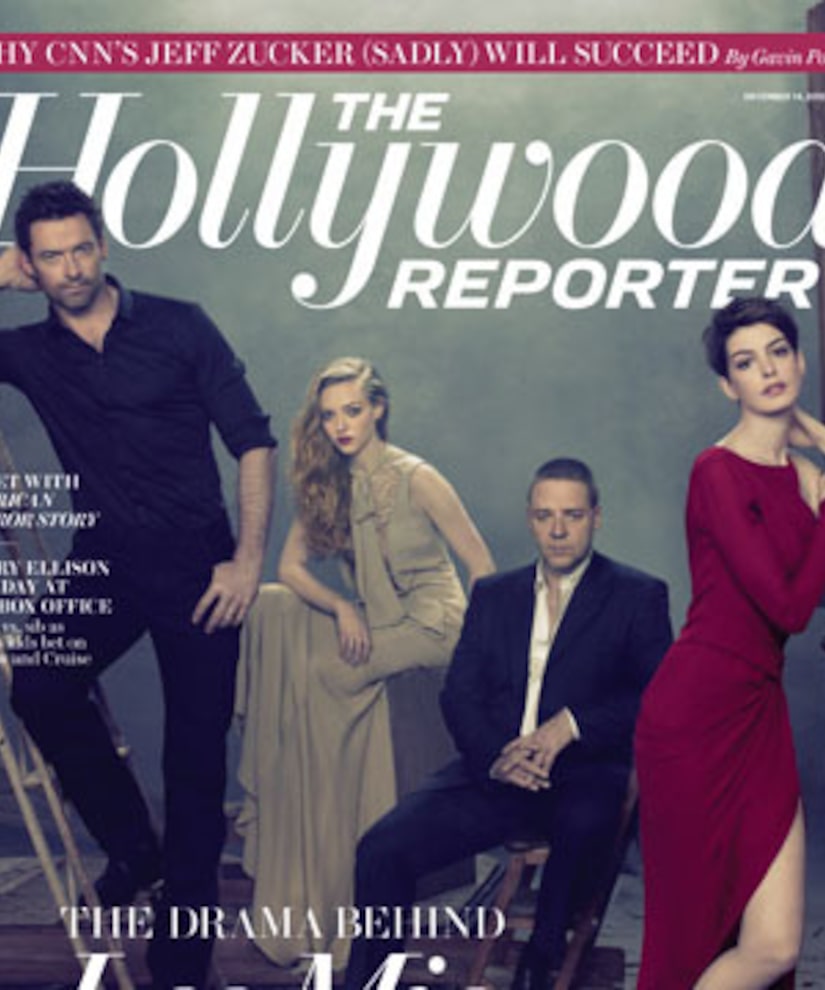 The cast of “Les Miserables” made the cover of The Hollywood Reporter magazine, with a detailed account of how difficult it was to turn the Broadway musical into a feature film in which the songs were performed live.

First, the actors went through an unheard of seven-week rehearsal. Director Tom Hooper explained to the Reporter, “You need a huge amount of voice training to do several takes. That was a big question: Would they have the stamina to do take after take of different setups?”

Star Russell Crowe had to do 40 takes of one song, back to back. He quipped, “I don’t think any of us fully realized what the casual comment, ‘Every take is sung live,’ would really mean. When the voice started to show some wear and tear, it also underlines the character and the emotion of the moment.”

Anne Hathaway admitted she stopped eating for the role, losing 10 pounds in three weeks before filming started, and then 15 pounds during the production. “I just had to stop eating all for a total of 13 days shooting.”

Watch a behind-the-scenes video of the photo shoot!