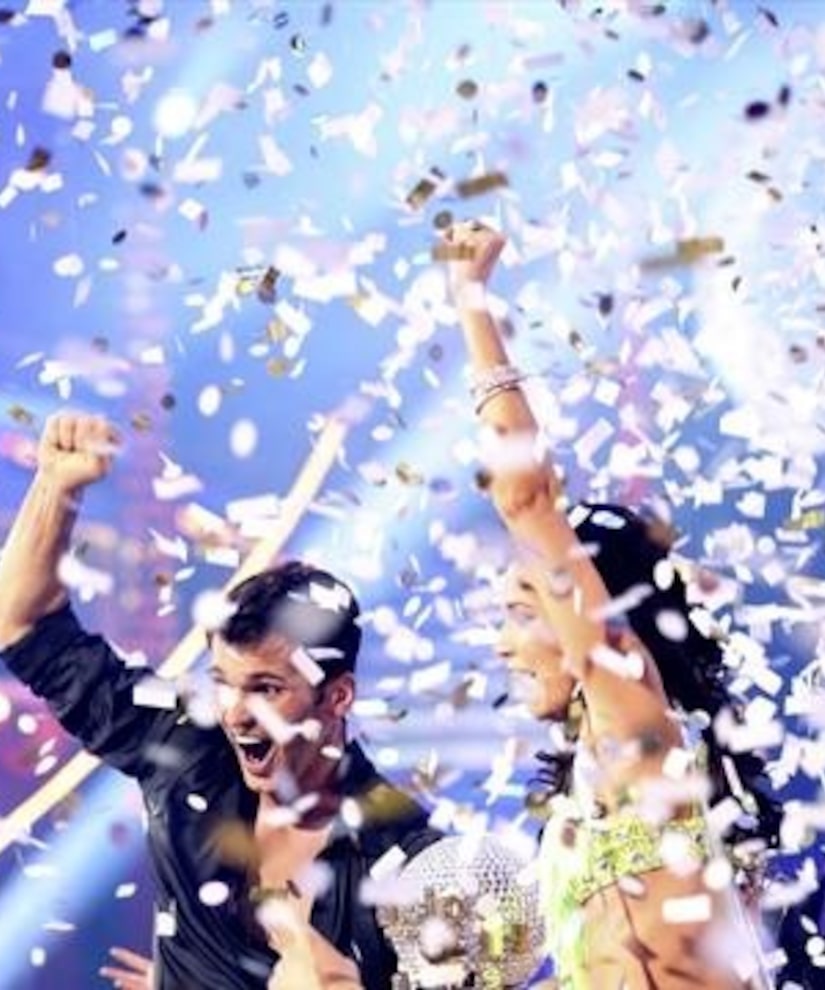 “Extra’s” Renee Bargh was backstage after the “Dancing with the Stars” finale, getting all the reactions to Tony Dovolani and Melissa Rycroft’s big win.

“I'm still in shock,” said Dovolani, who won the Mirror Ball trophy for the first time since he’s been on the show. “I'm holding it close to my body because I don't want it to not be real. I want it to stay like this.”

Tony continued, “Fourteen seasons I waited for this. My wife was in the audience and it's our anniversary today, 13th year, so for me this means so much.”

Fellow dancer Maks Chmerkovskiy was happy for his friend. “He truly earned it,” laughingly adding, “He deserved it from all those ridiculous partners he had. Whoever you are, you know who you are.”

Rycroft said she knew exactly where she wanted to put the trophy. “On my front yard. I'm going to put spotlights on it and a big alarm system in case anyone tries to touch it.”

As for the other finalists, Val Chmerkovskiy continued to fuel romance rumors when he confirmed he and partner Kelly Monaco were going to remain, er, close friends. “We don't intend to stop seeing each other,” Val said. Kelly added, “I think we're going to pop champagne and celebrate.”

Pro-dancer Derek Hough also hinted that this may be his last season on “DWTS.” He told Renee, “I'll always want to be a part of the show. I love it to death. It's been amazing,” but, “It feels like a good way to segue...”

In parting words, Dovolani, who has been one of “Extra’s” special correspondents, smiled, “You know what's next for me professionally? That mic!”