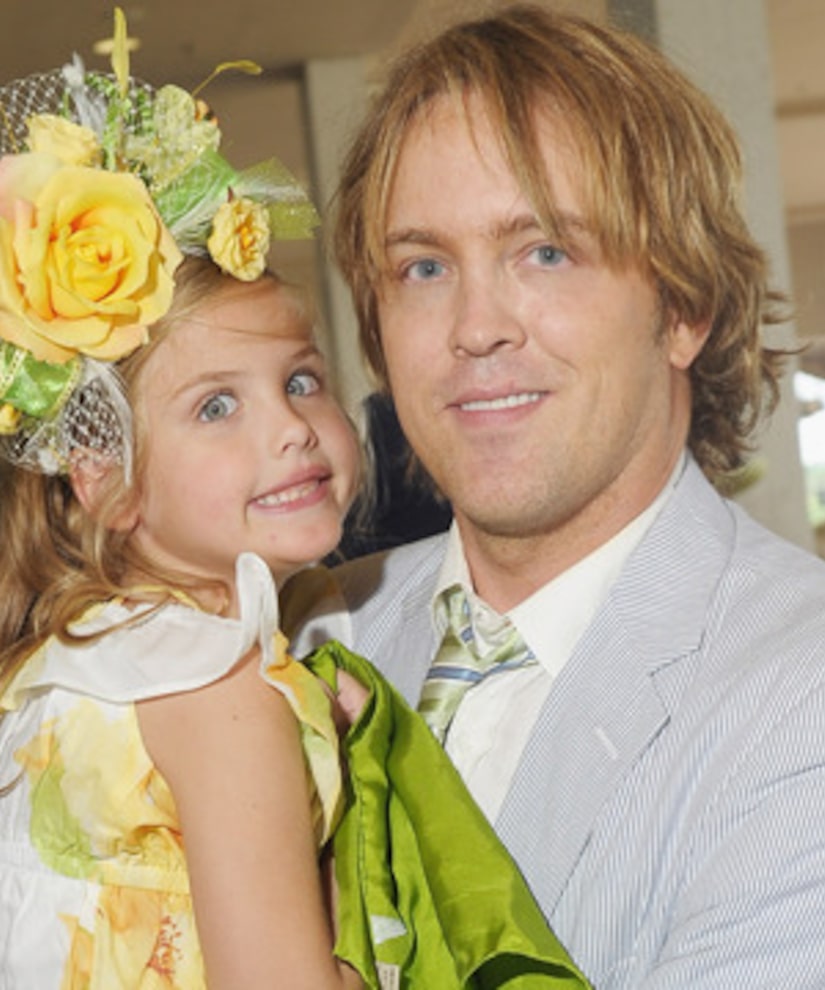 Dannielynn Birkhead is a Guess girl just like her late mother, Anna Nicole Smith. The 6-year-old landed a modeling contract as the new face of the company's kids' campaign.

Pic! Dannielynn Dolled Up at the Kentucky Derby

The little girl's father, Larry Birkhead, told ABC that this is his daughter's way of connecting with Anna, who died of a drug overdose in 2007 when Dannielynn was just five months old.

Guess launched Smith's career with a jeans ad in the 1990s, and Creative Director Paul Marciano sees Anna in his “second generation” model. "Dannielynn has the same playful spirit that her mother had on a set," he said in a statement.

Keeping that happy-go-lucky attitude is something dad Larry wants to preserve by living a normal life and keeping her in regular school. They aren't taking modeling too seriously.

“My goal for her is for her to be a child and just do what all kids do,” he said.

Check out the Guess campaign photos at ABC.com.