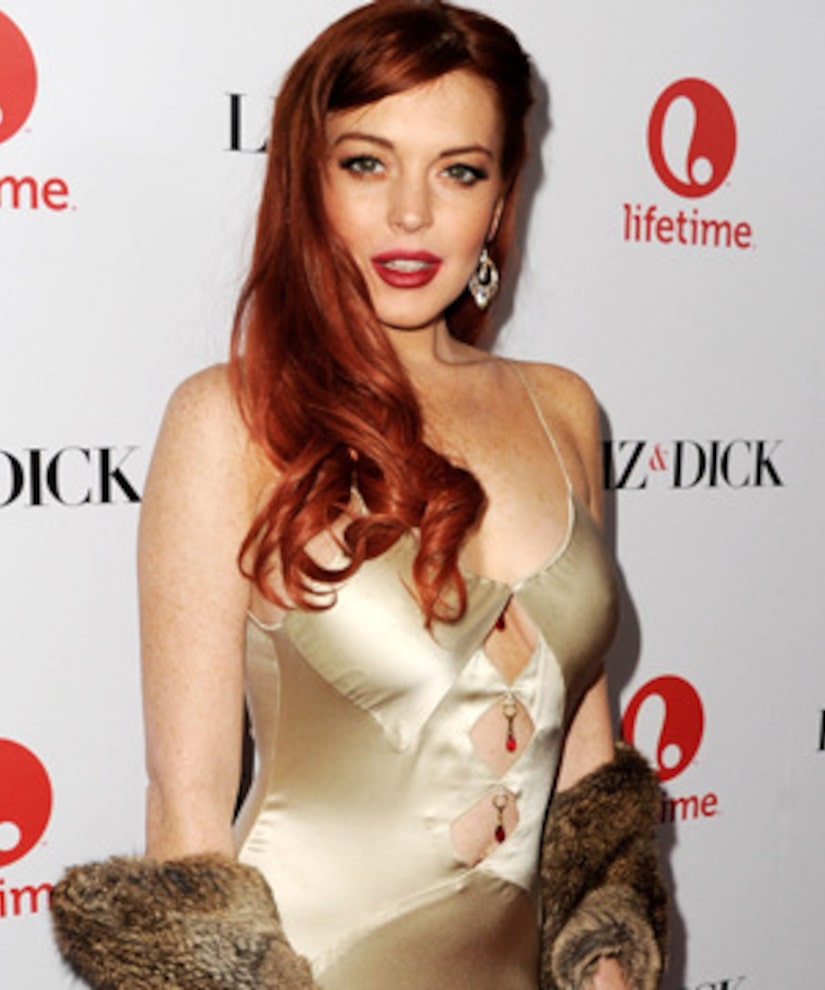 Lohan looked every bit the glam movie star with her fiery hair, red lips and gold gown, though the keyhole design down the front of her dress threatened a nip slip with every move!

“Extra’s” Jerry Penacoli caught up with LiLo on the red carpet where she talked about her troubled past. “There are things that I would change if I had the choice, but no, I learned from my mistakes I think that's the most important thing and it took me a while, obviously.”

She added, “God willing” she would leave all that behind.”

The Lifetime movie, focused on Elizabeth Taylor’s rocky marriage to Richard Burton, is receiving mixed reviews, but Lohan isn’t concerned.  Her message to the naysayers… “I'm doing my best.. working my hardest.”

Before the premiere, Lindsay stopped by the “Tonight Show” where she opened up to Jay Leno about the film and her crazy life in the spotlight. Leno took it easy on the starlet, but still asked about her canceled Barbara Walters interview and new half-sister.

Of Barbara’s request for a “20/20” sit-down, she said the “timing wasn’t right” and offered a few words of wisdom to her little sis, Ashley Horn, “I could give her one word of advice: Good luck with my dad.”

When the conversation turned to her younger years, the "Mean Girls" star said, “I made a lot of poor decisions in the past. And I’m dealing with the consequences of those decisions. So, yeah, there were times when I was concerned [about getting work], but I’m a fighter.”

Lindsay added, “And I know I have to work to gain the respect back. And I’m willing to do the work that I have to do to follow through with being an actress.”