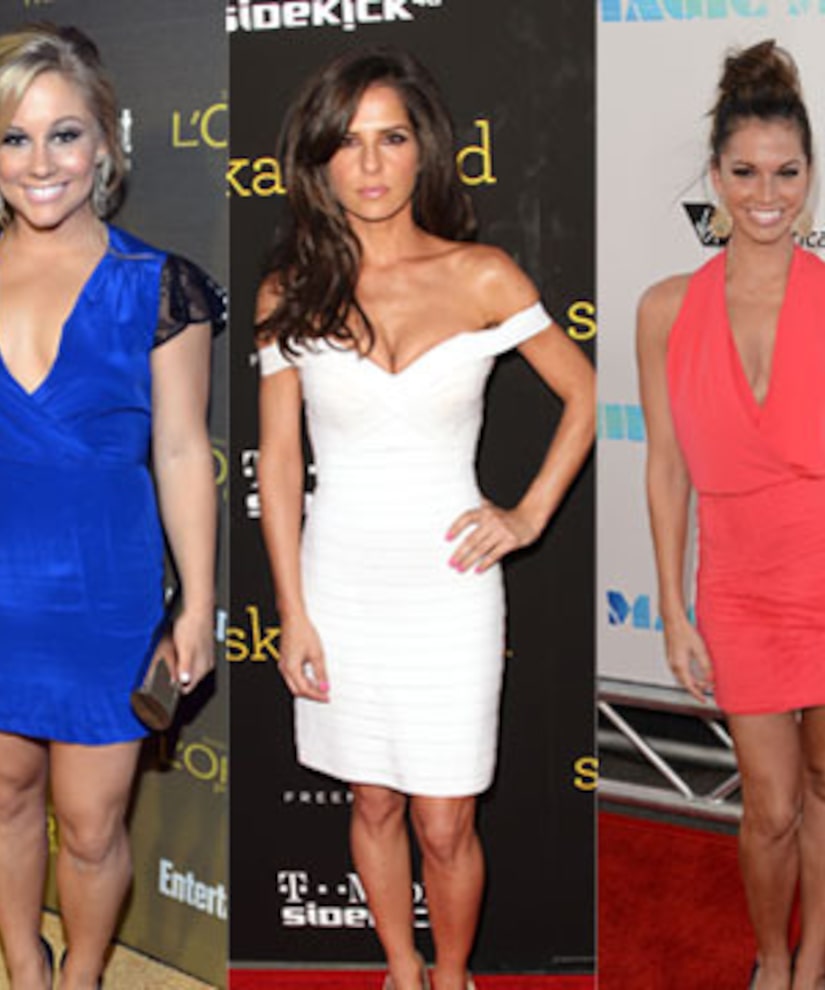 The "Dancing with the Stars: All-Star" cast was narrowed to three Tuesday night, going into the finale for the most challenging competition ever for the Mirror Ball Trophy.

Backstage, former NFL star Emmitt Smith spoke to "Extra" about leaving the show just one week shy of the finals. "I told myself… prepare for the worst… and the worst happened."

The second to leave the competition on Tuesday was Olympian Apolo Anton Ohno and partner Karina Smirnoff, who were still set on having their piece of the Mirror Ball prize. "We're probably going to steal it just for the heck of it," said Smirnoff. Apolo chimed in, "I already got it. It's in the car!"

With Thanksgiving around the corner, the couples say they'll still be in the studio, Rycroft exclaimed, "We obviously have to practice, you can't afford to miss a day, but don't think we're missing dinner either!" That must be the Turkey Trot.