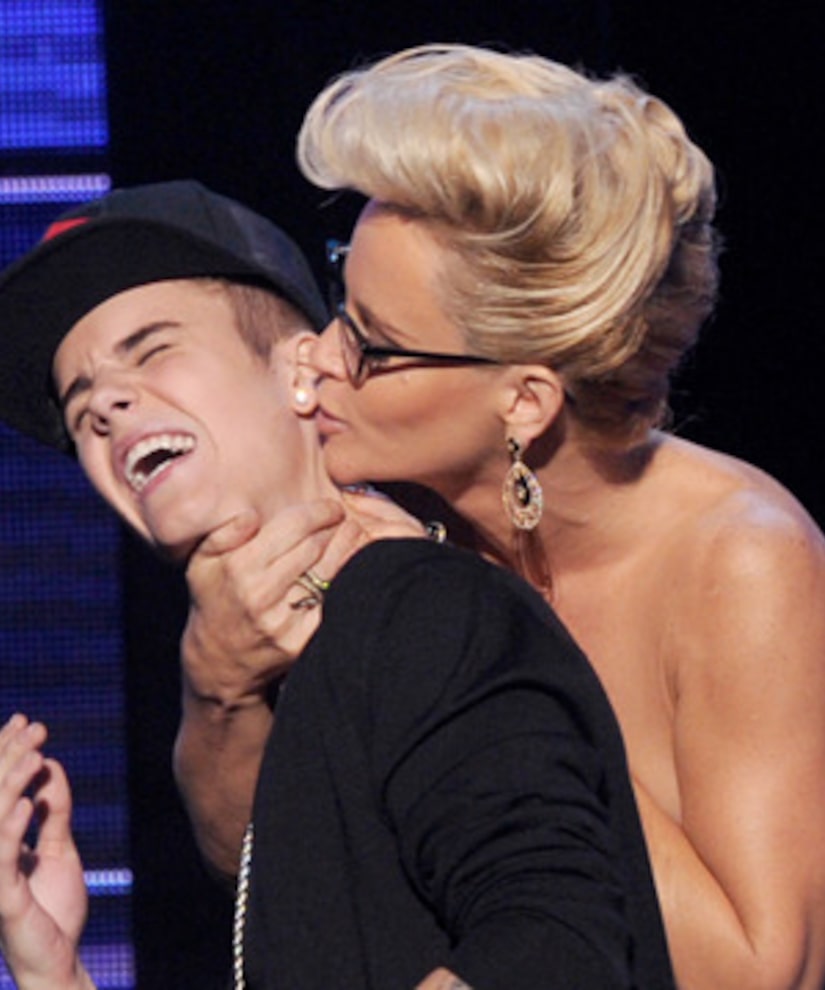 The American Music Awards show was hit with Bieber Fever on Sunday! Justin Bieber dominated the kudosfest, winning three trophies, including the coveted Artist of the Year award.

While Justin didn’t have his estranged girlfriend Selena Gomez by his side, he did have his mom. Pattie Mallette even joined him on stage for his big win.

“I wanted to thank you for always believing in me,” Bieber said to his mom.

The Biebs also got a little affection -- in the form of grinding -- from Nicki Minaj when she joined him for a performance of “Beauty and the Beat” and presenter Jenny McCarthy who gave him a peck on the neck.

“I did grab his butt,” McCarthy told the Associated Press backstage. “I couldn’t help it. He was just so delicious. So little. I wanted to tear his head off and eat it.”

While Justin definitely felt the love in the room, he did have a message for all the "haters." While picking up the award for favorite pop/rock male artist, he said,

“I want to say this is for all the haters who thought I was just here for one or two years. I feel like I’m going to be here for a very long time,” he said.

"Extra's" Renee Bargh was at the AMAs, talking with all the stars on the red carpet. Check it out!

For a full list of AMA winners visit ABC.com.