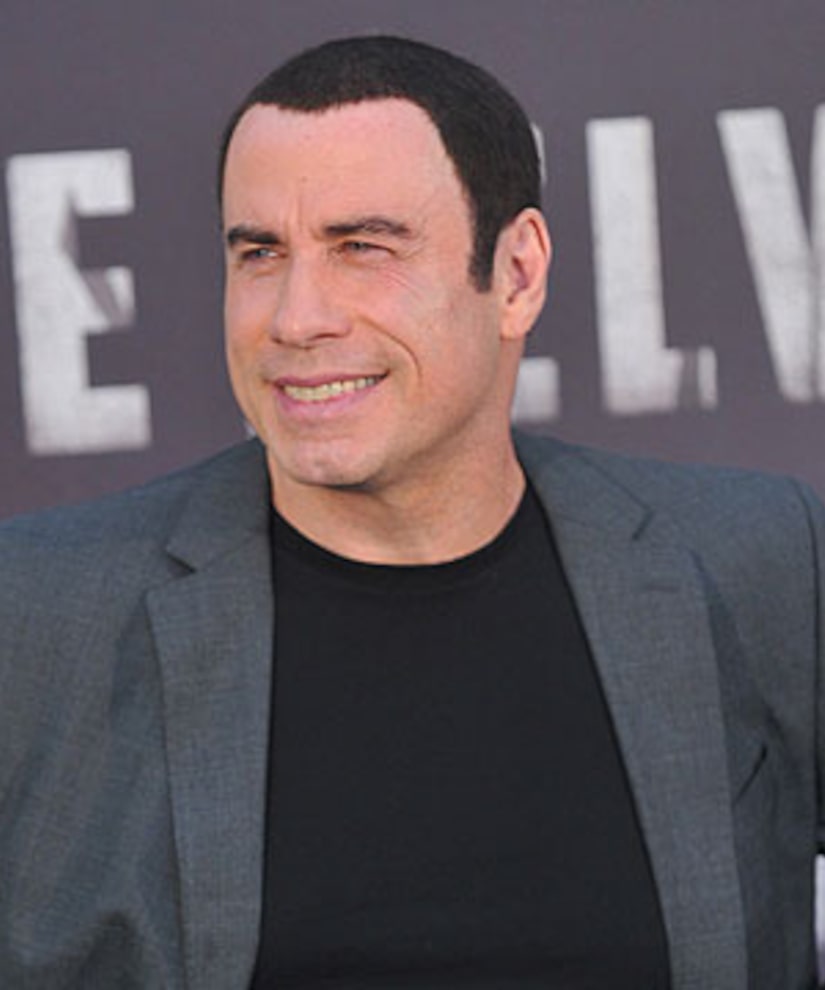 “Extra’s” AJ Calloway sat down with John Travolta for an exclusive one-on-one at the Maryland Film Festival where he was honored with Best Supporting Actor for his role in "Savages" and the festival's the Lifetime Achievement Award.

On being honored at the festival, Travolta joked, “Anytime someone wants to acknowledge or celebrate me, I have no problem with that!”

The actor was candid and revealing about his nearly 40-year career, telling Calloway, “There have so many golden experiences.”

The actor also had no problem with close friend Kirstie Alley making headlines with her new book, “The Art of Men (I Prefer Mine al Dente).”

Calloway explained to Travolta, “She said you were the love of her life… She wanted to marry you and run off with you!” Travolta laughed, “Kirstie was a person that I loved, and she loved me!”

John also said Kirstie and wife Kelly Preston are best friends and how. “It’s great to know two people love you so much.”

Calloway commented on what a romantic Travolta was, taking Preston to a Barbra Streisand concert on her birthday. John added, “I also took her to Paris! With all her friends, and we celebrated for a whole week there.”

Travolta’s next starring role is in the 2013 film “Killing Season,” with Robert De Niro.