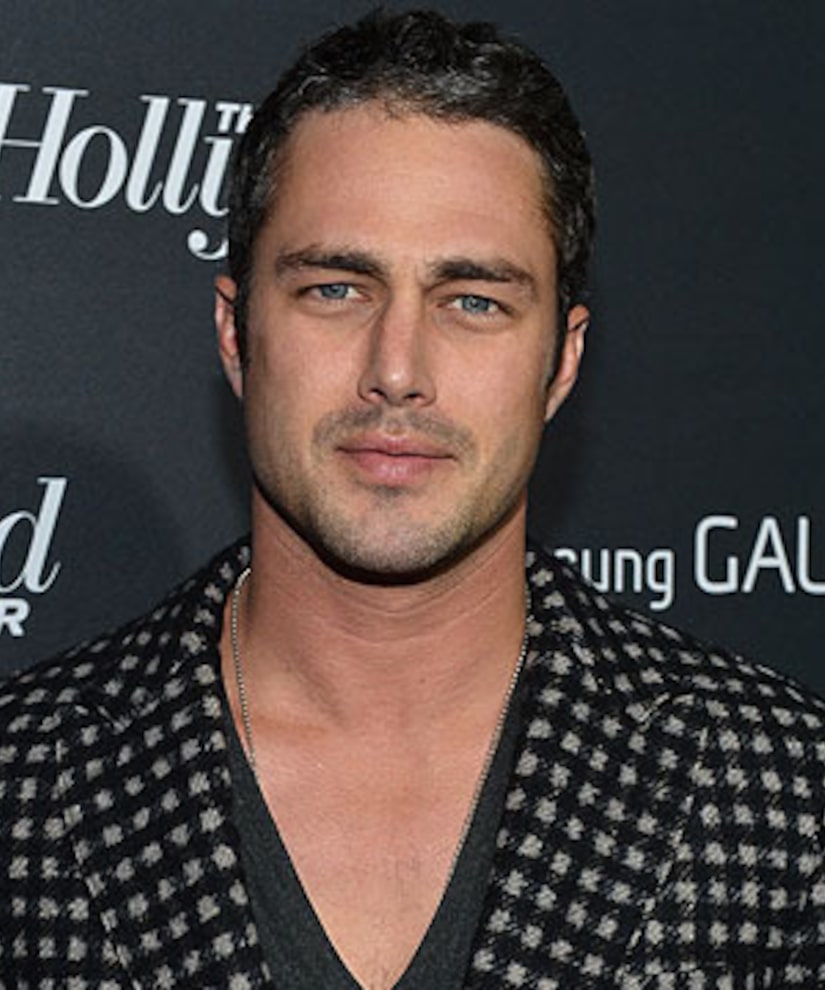 “Extra’s” Renee Bargh was joined at The Grove by “Chicago Fire” stud Taylor Kinney, who chatted about his new TV role and getting support from girlfriend Lady Gaga.

On playing a tough firefighter on the NBC show, Taylor explained, “I am able to do ride-alongs with some of the local guys in Chicago, and you get a smile from a pretty lady or a tip of the hat from a guy, so I get to play a big kid.”

Taylor also gets plenty of smiles and support from his real-life leading lady, who tweeted to 30 million-plus fans to watch the show.

Kinney grinned, “It’s great… exciting she digs the show. She has been on-set. It’s great to have someone in your corner, someone that believes in you and is excited about the project you’re doing.”