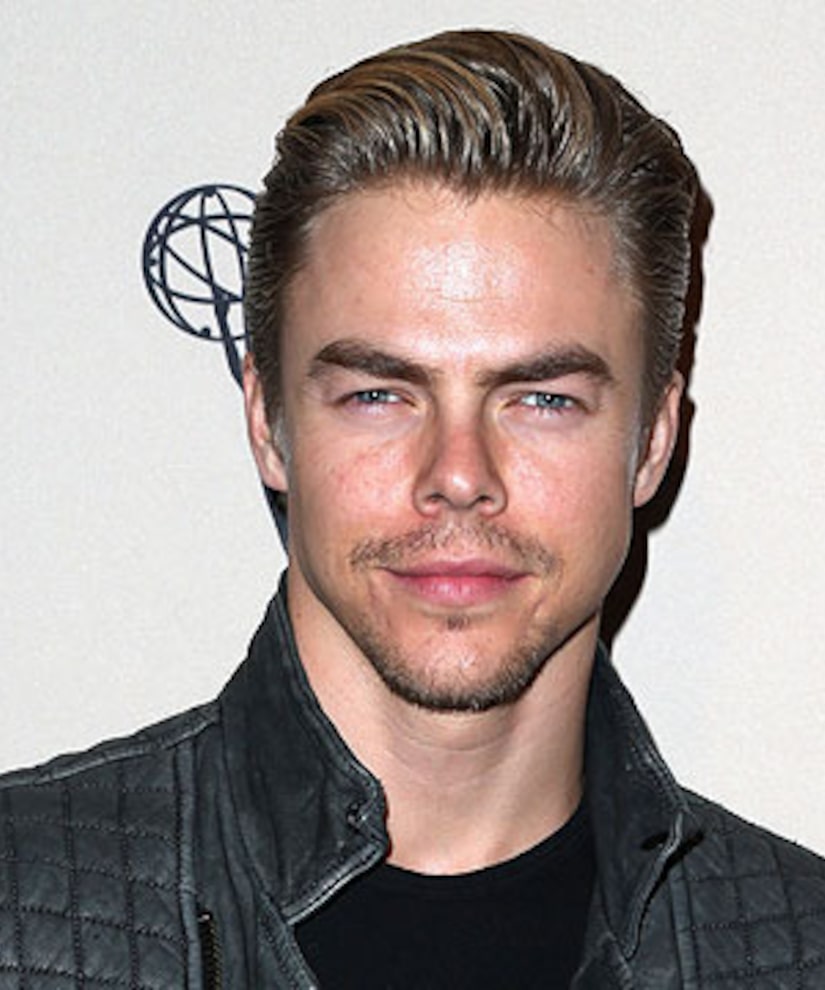 “Dancing with the Stars” pro Derek Hough was unable to dance last week because of a serious neck injury, but told ex-partner and “Extra” host Maria Menounos he is returning to the ballroom this week, saying the doctors “have cleared me.”

He explained to Maria, “I have a herniated disc and two bones spurs, which basically is extra bone growth pushing to the nerve of my spinal cord.”

Derek said the doctors couldn’t believe he had such a serious injury from just dancing. “They asked me, ‘Have you been in any car accidents? Ski accident? Something traumatic?’”

Although he will be able to finish the season, Hough will require surgery. “I think I’m going to do this surgery as soon as the season is finished. Done.”

Watch Derek perform on “Dancing with the Stars” Monday on ABC!