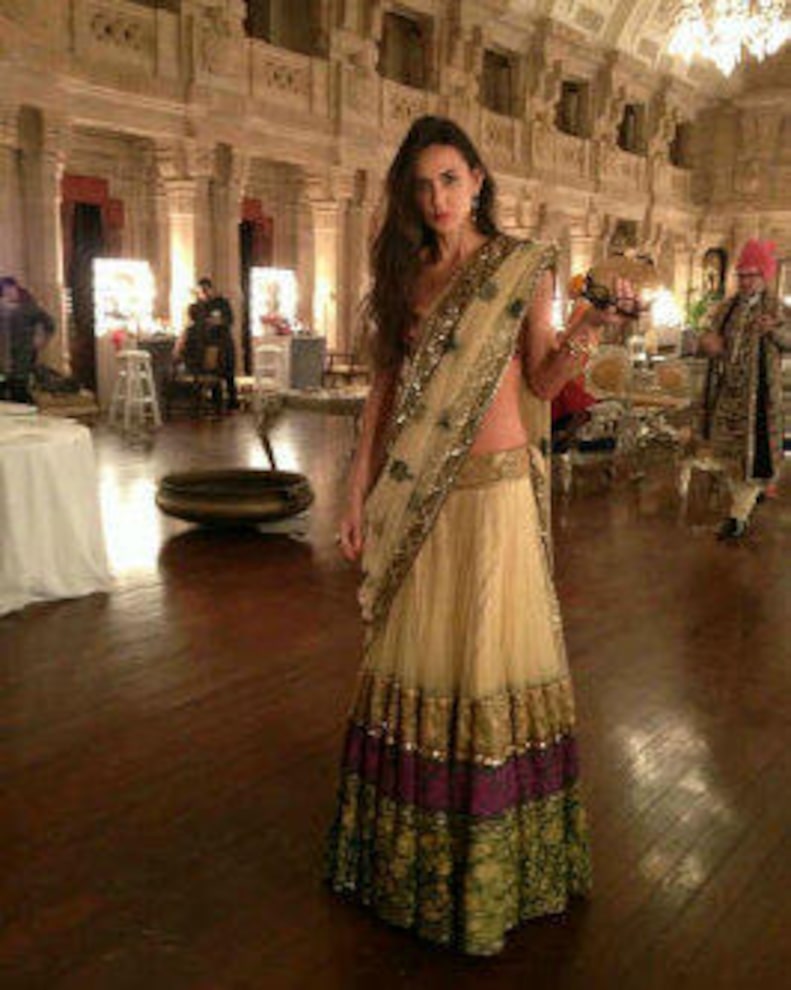 Actress Demi Moore celebrated her 50th birthday in style, with a vacation in Abu Dhabi, India and Dubai.

Moore kicked off the festivities with a party at the Monte Carlo Beach Club in Abu Dhabi last week. According to the Gulf News, she relaxed poolside and brunched with friends during her stay.

Next, she jetted off to Jodhpur, India, where Naomi Campbell was throwing a birthday party for her billionaire boyfriend Vladimir Doronin, also celebrating the big 5-0.

An insider told People that the "Ghost" actress is "not unhappy" about the milestone birthday. "She looks beautiful and is feeling good after a really, really tough year.”

Demi, who flew to Dubai after the party to celebrate her own birthday on Sunday, is bouncing back after a breakup with husband Ashton Kutcher. The two are still in divorce proceedings, and he has moved on with actress Mila Kunis.