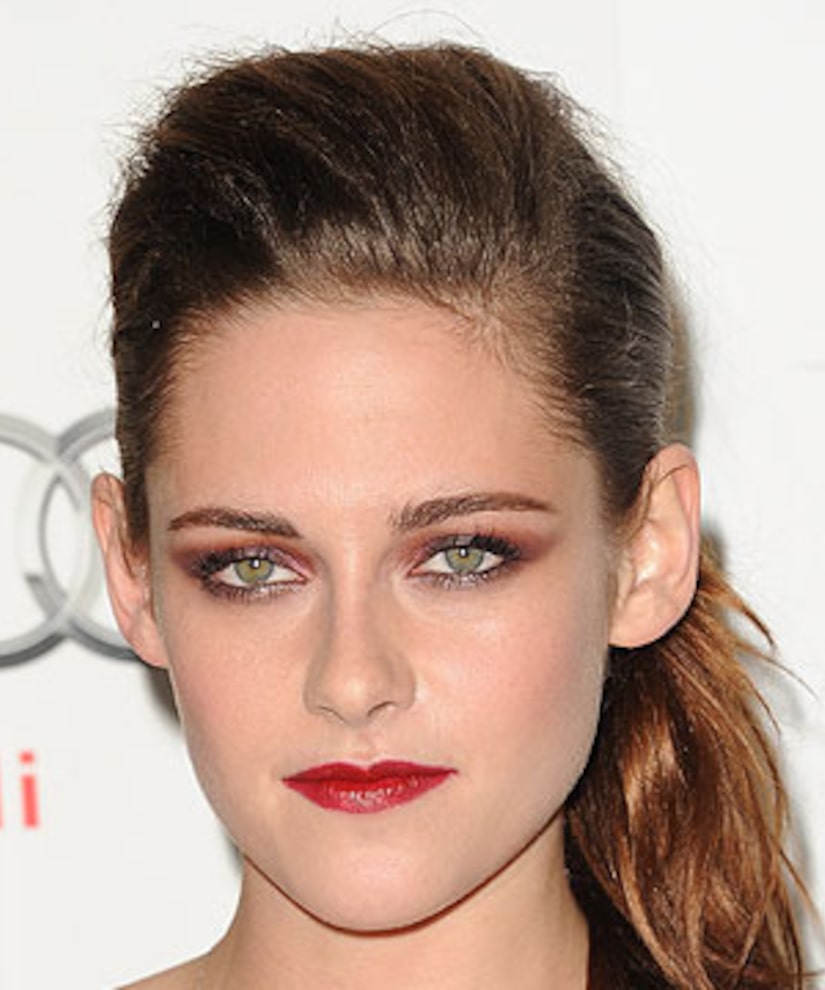 “Extra’s” Ben Lyons caught up with Kristen Stewart at the AFI Film Festival screening of her other movie “On the Road,” and the actress said it was a welcome distraction from the “Twilight” mania.

Kristen explained, “Being introduced to characters within ‘On the Road’ sort of made me go, ‘Wow, I need to find people in my own life that make me feel that way.’”

Ben also wanted to know if the rumors were true that Kristen is considering the new movie, "Focus," with Ben Affleck. She teased, “Wanna break it?” -- but then really couldn’t reveal it. “I'm not allowed to talk about that yet, dog.”

Lyons also talked with “On the Road” stars Garrett Hedlund and Amy Adams, along with director Walter Salles. Check out the interviews!

“On the Road” rolls into theaters December 21.