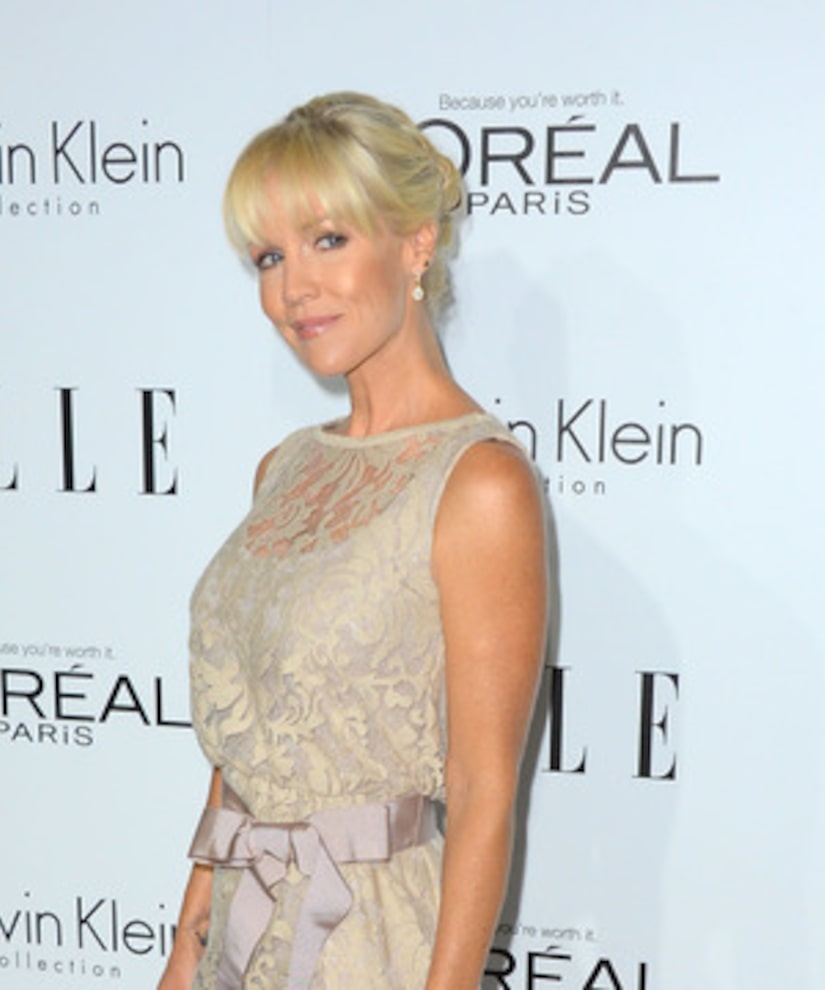 Actress Jennie Garth has clearly moved on after splitting from husband Peter Facinelli earlier this year. So far, she’s shed 30 pounds, reentered the dating scene and has a new TV movie, “The Eleventh Victim,” premiering on Lifetime.

When it comes to her 30-pound weight loss, she says she’s diligent about working out, “I go to the gym by my house three days a week.”

It’s working and Jennie’s getting back in the dating game, although she denies rumors that she’s seeing businessman Jason Clarke. “We’re  just friends,” she said.

The dating world has definitely changed since the last time she was single. “There’s a lot of texting that goes on… and that can get weird because you get super familiar with someone texting, and you meet them and it’s awkward.”

Getting on the phone with a guy, however, isn’t always a good thing. She explained, “Whenever I get that text that says ‘We should talk’ or ‘Can I call you on the phone?’ or ‘Are you going to be around so we can chat?’ I'm like ‘Ugh, no! My phone's broken!’”

Garth’s character in “The Eleventh Victim” has bigger problems. “She’s a prosecutor and she’s prosecuting a serial killer who comes after her,” the actress said. Jennie stars alongside NBA star Metta World Peace aka Ron Artest, in the Lifetime movie based on a novel by Nancy Grace,

Tune in to watch the premiere on Saturday at 8 PM.